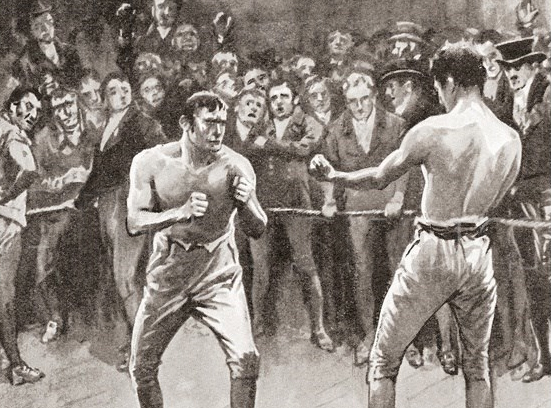 Some secrets are more well kept than others. For the first time we can now reveal a previously unknown nickname of Arthur Conan Doyle.

As a young medical student, only 20 years old, Conan Doyle spent eight months in Birmingham, working as an assistant to Dr. Reginald Hoare. It was a lucrative inner-city general practice, and Conan Doyle joined Dr. Hoare on his rounds and assisted in the surgery. Conan Doyle liked both Dr. Hoare and his wife Amy, and he felt more like a son than an assistant. In his spare time he started to write fiction, trying to get a story published for the first time.

Furthermore, Conan Doyle, who was quite athletic, spent some time boxing at the Lion Gymnasium. There he fell in with the 17 year-old George Barber, who worked at the Kynoch percussion cap factory in Witton. One day Barber, who also played football in the newly formed Aston Villa F.C., was sparring with Conan Doyle, when the latter landed a blow which considerably damaged Barber's nose.

Many years later, at the age of 71, Barber remembered the incident. "That," he said with some pride, "is my souvenir to-day of Sir Arthur Conan Doyle."

Barber also remembered one more thing – the nickname of his opponent. The hefty youth at the Lion Gymnasium was not Arthur Conan Doyle among the Birmingham boxers. He was instead – and here it comes – "Piggy" Doyle.

Source: The Evening Telegraph, August 16, 1933, with the headline 'Sparred with Conan Doyle'

Editor's note: Mattias Boström is editor, along with Matt Laffey, of Sherlock Holmes, Conan Doyle and the Newspapers, available from Wessex Press.