"Eight others were wriggling on the top of each other on the floor." [GLOR] 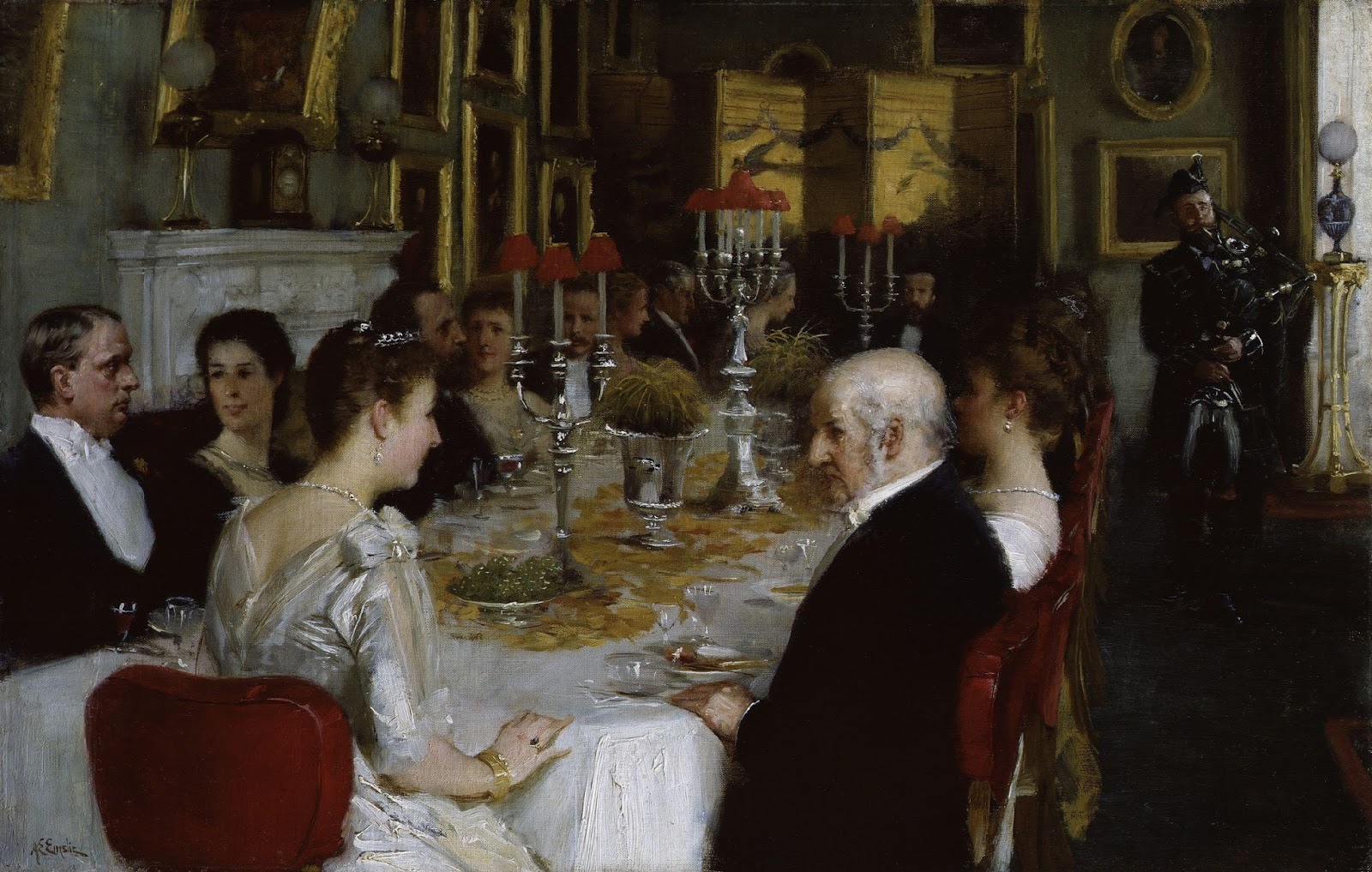 I had a wonderful time at the annual banquet of the Bootmakers of Toronto the other day, thanks for asking. And one reason it was so pleasant, I am certain, is the symmetry of the group who were seated at my table.

The banquet, was held on January 30 at the York Masonic Temple, just outside Toronto's downtown area. Both the Cornish hen and the salmon were generally agreed to be excellent, and so was the guest speaker, Rosemary Aubert, who chiefly talked about how Sherlock Holmes has influenced her as the author of the six Ellis Portal novels

as well as other fiction. (Spoiler: A lot.)

Those attending were seated at tables for eight, and I'm confident that was the mystic ingredient as far as my enjoyment was concerned. I have maintained for many years that the perfect casting for a Sherlockian meal is eight people in a circle, four of them men and four of them women, some of them in couples but not all. This would be a familiar formula to Victorian hostesses and hosts, and when I have encountered it in the past, it did wonderful things for the conversation and bonhomie. I do realize that I am being heteronormative here, and I'm sure other gender assignments and combinations could also work, but I am talking from my own narrow experience. 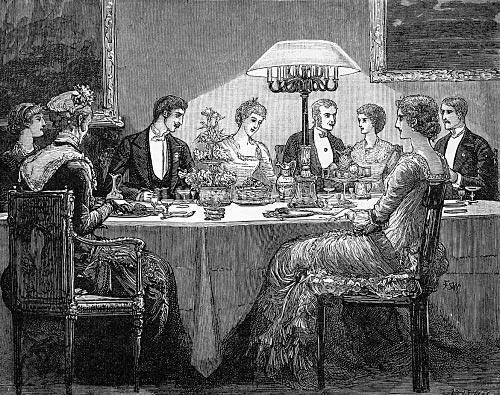 At any rate, our table had great fun on Saturday night — two married couples, one unmarried couple, and two singletons (or rather, married but not to each other). We didn't totally alternate the sexes, but almost, and that probably added to the joie de vivre.

I talk about this experience at such length partly because, although we think of dinner parties as the characteristic events of Victorian society, there is not much evidence of them in the Sherlock Holmes canon. The expression "dinner party," either singular or plural, is not to be found there at all, and although Trelawney Hope of "The Second Stain" made a point of "dressing for dinner," it sounds as though he dined alone. Similarly, when John Scott Eccles dined at Wisteria Lodge, the event was, he reports, "tête-à-tête." The sort of people who held or attended dinner parties, and those who employed Mrs. Bridges of Upstairs, Downstairs

or Mrs. Patmore of Downton Abbey

to cook them, apparently did not move in the same circles as Sherlock Holmes.

There's also something about the number eight. I sent out a note to Sherlockians on Twitter the other day, asking for help finding incidents in the Canon when exactly eight people came together, with or without a table, and the pickings were slim. One clever researcher turned up the moment in A Study in Scarlet

when "six dirty little scoundrels", constituting the Baker Street Irregulars, joined Holmes and Watson in their suite. Dinner was not served.

The only other example offered to me was even less savoury. It comes from The Hound of the Baskervilles

, which records that Sir Hugo Baskerville and "five or six of his idle and wicked companions" rode out in search of the yeoman's daughter who was to be his, or their, victim. Make it six companions and the total at the scene of the outrage is eight — but I hardly think an incident of rape, the only indisputable one in the entire canon, is a suitable model for a Sherlockian social occasion. It is an extreme example of what can happen when one sex dominates the other and neither Victorian etiquette nor morality restrains behaviour.