"I never doubted that Frank was really dead" [NOBL] 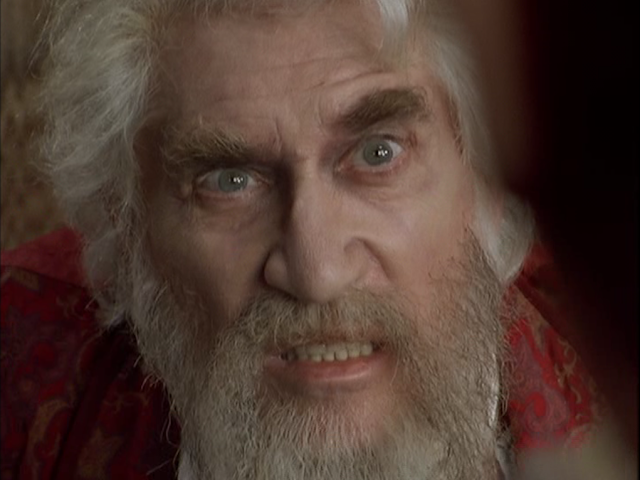 Actor Frank Finlay has passed away at the age of 89.

Finlay portrayed a wide variety of roles across the stage, television and film, from Jean Valjean in the TV miniseries Les Miserables

to Porthos in The Three Musketeers

. He got his start on the small screen in the mid-1950s and remained a television regular for the next decade or more. But it is his connections to Sherlock Holmes and Sir Arthur Conan Doyle that interest us in particular.

In 1965, he starred as Iago opposite the legendary Laurence Olivier in Othello

, and in that very same year he made the first of his handful of Sherlock Holmes connections as he played Inspector Lestrade in A Study in Terror

, in which Sherlock Holmes chases down Jack the Ripper. Holmes was played by John Neville and Dr. Watson was played by Donald Houston. [Incidentally, Judi Dench appeared in the film as Sally; Dench would later play Mrs. Hudson on the BBC radio series and was married to Michael Williams, who played Dr. Watson in that series.]


But this was not to be his last association with Sir Arthur Conan Doyle's creation. In 1970, Finlay co-starred with Sean Connery in The Molly Maguires

, a dramatization of the secret Irish group in Pennsylvania in the 1870s — the same group upon which The Valley of Fear

Then in 1979, Finlay was tapped to return to the role of Inspector Lestrade in Murder By Decree

with Christopher Plummer as Holmes and James Mason as Watson. Once again, Holmes was tasked with discovering the identity of Jack the Ripper, and in this case, it proved to be a shocking conspiracy. 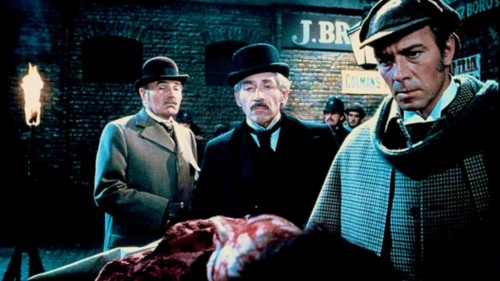 But we're not done with the Sherlockian / Doylean associations, oh no.

In 1992, Finlay took on the person of Sir Arthur Conan Doyle in the television movie The Other Side, of which we have no working knowledge. If we had to guess, we'd say it was a look at Doyle's commitment to spiritualism and how that flew in the face of his scientific creation, Sherlock Holmes. Incidentally, Holmes made an appearance in The Other Side, played by Richard E. Grant, who played Mycroft Holmes in the 2002 thriller Sherlock : A Case of Evil

with Vincent D'Onofrio as Moriarty and James D'Arcy as Holmes; and Grant played Jack Stapleton opposite Richard Roxborough as Holmes in The Hound of the Baskervilles

Finally, in 1994, the Granada producers tapped Finlay to play Professor Coram in an adaptation of "The Golden Pince-Nez

." This version brought Mycroft out of his lethargic path and paired him with Sherlock for an awkward episode (Edward Hardwicke was unavailable, due to being on location filming Shadowlands


One other minor association: Finlay read as Conan Doyle in the BBC Radio production of The Man Who Was Sherlock Holmes

Special thanks to Peter Blau and Roger Johnson for the connections.