Behind the Latest Volume of the World's Largest Sherlock Holmes Collection 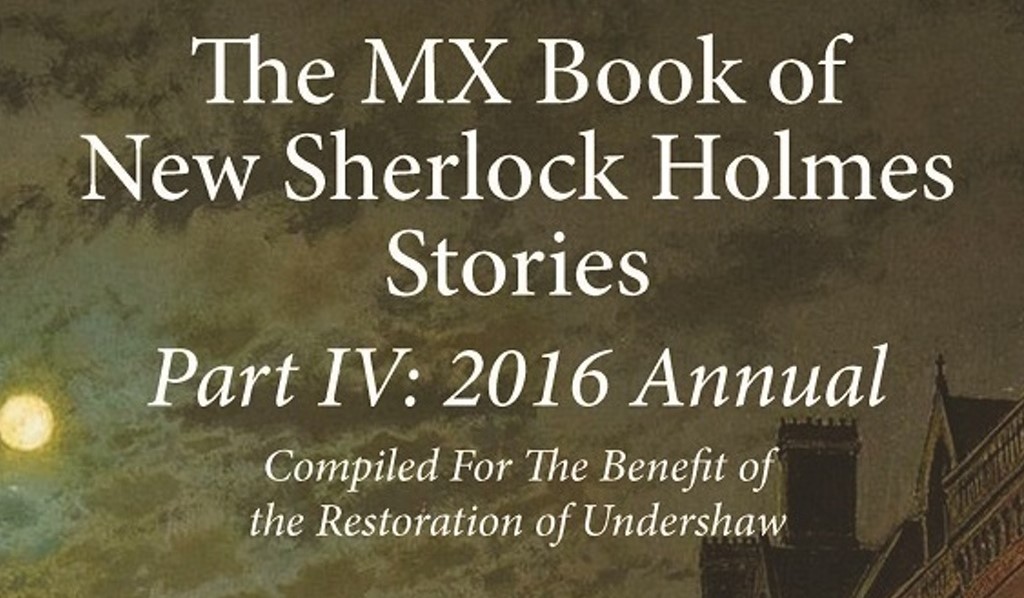 Philip K. Jones said it was "... the best Sherlockian fiction anthology ever published." With over 60 original Sherlock Holmes pastiches in three volumes, The MX Book of New Sherlock Holmes Stories was a groundbreaking, record setting collection. The books, released on October 1, 2015, quickly sold thousands of copies, and all of the royalties went to restore Undershaw, Sir Arthur Conan Doyle's former estate which had fallen into woeful disrepair.

Now to raise more funds for Undershaw and to keep feeding the appetites of all lovers of Holmes pastiches, a fourth volume of stories has been compiled and is currently being offered through a Kickstarter campaign.  We asked Steve Emecz, the book's publisher, and David Marcum, the editor, about Volume IV, the Kickstarter campaign, and if we can expect to see more volumes in the future.


I Hear of Sherlock Everywhere: The MX Book of New Sherlock Holmes Stories was a huge success. The book was considered one giant collection broken up into three volumes. What made you decide to add a Volume IV?


Steve Emecz (SE): As a publisher the collection has been one of our most successful projects on all fronts so when David raised the chance to do a fourth volume we jumped at it.

David Marcum (DM): When I was very fortunate enough to go to London last fall for the launch party of the first three books, several people came up and asked about future volumes. Additionally, some others mentioned that they wished that they had participated the first time around, and that they would like to do so if there was going to be anything like it in the future. At the time, I had thought that the original anthology was a one-shot, never to be repeated.

But in mid-October, just a few weeks after I got back from London, it suddenly hit me that there was no reason not to continue. Steve and I had done all the heavy lifting with the first set, deciding on formats, styles, covers, and so on. The template was there waiting for future stories. I contacted Steve, and he was very enthusiastic. So I put out a call in mid-October for stories, with a late December deadline. That isn’t much time at all, but everyone responded fantastically and immediately, with many setting aside other projects to participate.


IHOSE: The proceeds of this collection, like the previous three, will go in helping with the preservation of Undershaw. Can you give the readers an update on how the restoration is proceeding and how the funds from the anthologies are being used to assist with the preservation?

SE: The restoration is well underway and the launch of the new school will happen in July. The funds from the anthologies, which will start to flow in around April, will go towards the Conan Doyle specific projects at the house. These include the stained glass windows, ACD’s study and many projects that will be related to enabling Holmes fans to enjoy visiting the house outside term time.

DM: Like everyone else, I’ve greatly enjoyed seeing how Undershaw has been rescued, and for such a great reason. I hope someday to get back over the England and make my way down to see the renovated building. I’m so thankful to and proud of all of the participants in this anthology project for donating their royalties to such a good cause.


IHOSE: What makes this anthology different from the previous three?

SE: The fourth volume shares the same DNA of the first three in that they are traditional Holmes and Watson stories. They are however spread across the entire canon timeline. When we had the initial volumes with 1300+ pages, David split them by the date in which they occur.

DM: The only real difference between this volume and the previous three is that this year’s offering has 22 new Holmes stories, where last year’s massive collection was 63, spread over three books. There is more that’s the same than different. The books will be the same size, with a similar cover that has been adapted from a John Atkinson Grimshaw painting – if you have the first three books, then this one can sit on the shelf beside them and perfectly match. This one is about 475 pages, actually a little bigger than the previous volumes. Once again, the stories will all feature the true and traditional Holmes, set within the correct time period. Like before, these are all wonderful narratives that are arranged chronologically, which to me – being the intense Holmes Chronologist that I am – is a great way to approach them. The book begins with several stories from Holmes’s early career, moving through the years to the final tale in the book, set just before Holmes’s retirement in 1903, when an ancient mystery holds a threat for England’s future. This is really a first-class Holmes collection, and upholds the standards of the previous books perfectly. 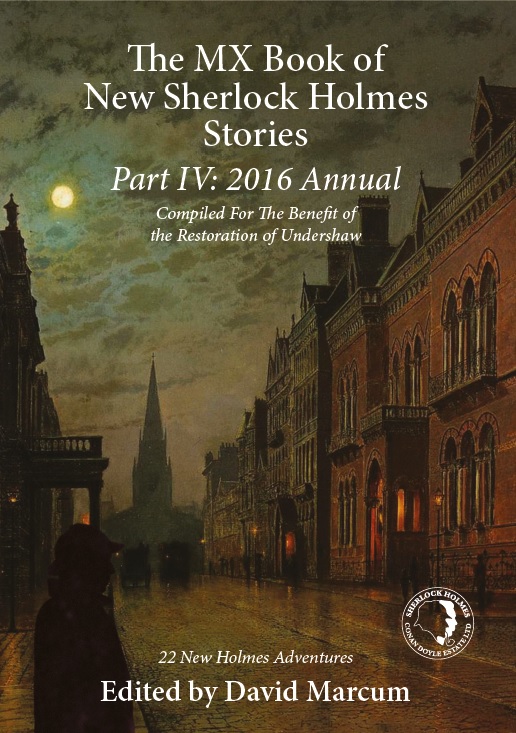 IHOSE: There are 22 new stories in this collection plus a poem. What are some highlights?

SE: For me the highlights include the story from Bonnie MacBird who is in the middle of writing the sequel to Art In The Blood. Bonnie made it to the big launch of the collection in October and we weren’t sure if her writing schedule would enable her to contribute – but somehow she managed it. There’s also stories from new authors to the collection and existing ones.

DM: As always, the first highlight for me as an editor is getting to work with and know such great authors. Then of course, there is the thrill of getting to read these stories when they are fresh out of Watson’s Tin Dispatch Box. As with the first collection in 2015, I’m the only one for a little while who gets to read all of these stories in one place, and it’s like an incredible secret that I can’t wait to share with the world.

Included in this volume are some returning participants, as well as several people who are joining the party for the first time. All have a wonderful understanding of what makes Holmes so popular, and also what makes a good Holmes story. Readers are going to be pleased with this collection.


IHOSE: Any plans for future collections?

SE: While the fans want more collections we will keep going. At the moment it looks like we have the momentum for two more beyond this one. One of the Kickstarter backers commented today that we could put him down for as many as we ever produce which is wonderful. We’re hoping there is ongoing interest enough to have one every year which is why we’ve gone for the title 2016 Annual for this one.

DM: When I put out the call for new stories in mid-October 2015, the response was incredible. In fact, there was so much interest in participation that I had more than I could initially use. I’d already had the idea of making this a yearly collection – 2016 Annual, 2017 Annual. But I had more writers than I could use in 2016, and it didn’t make sense to have a 2016 Annual Part I and Part II. Therefore, there will be a book in the fall of 2016 called Part V – Christmas Adventures.

I believe that the enthusiasm for this project can keep it going for a long time – as I’ve written to the contributors, for as long as there is gas in the tank. There are a lot of great Holmes writers out there who want to help with the Stepping Stones School at Undershaw, and the school can always use our support. Additionally, the original MX Anthology from 2015, while making a big splash at the time, might tend to fade from notice somewhat, but by continually renewing interest with the ongoing anthology series, it will remain viable and keep raising funds for the school. And finally, additions to the anthology series assures still more new traditional adventures of Sherlock Holmes, and there are never enough of those!

The MX Book of New Sherlock Holmes Stories Volume IV can be backed at Kickstarter here.  For more information on the Undershaw restoration and Stepping Stones, please visit the Stepping Stones website.