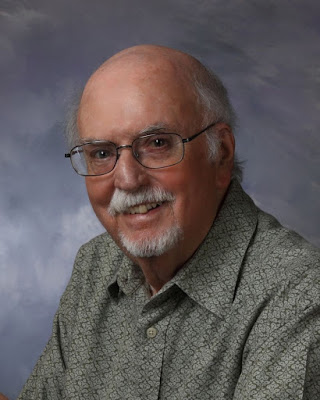 The Baker Street Irregulars have lost another member. Dr. Robert E. Robinson, BSI ("The Hansom Cab") died in Columbia, South Carolina on August 11, 2012 at the age of 85. He was born in Kentucky, was class valedictorian of his high school, served in the U.S. Army in 1946-47, graduated from Berea College and earned a Masters and PhD in organic chemistry from Purdue University in 1953. It was during his time at Purdue that he married Myrtle, his wife of 61 years.

Dr. Robinson became President of Lindau Chemicals in 1986 and held that position until his death. He was awarded twenty-five U.S. patents, including one for the synthesis of vinyl acetate monomer, which forms the basis for all current production of that material in the world today. He published several technical papers and was senior author of two articles in The Encyclopedia of Polymer Science and Technology. He was elected to the American Institute of Chemists, the American Society for the Advancement of Science, and the New York Academy of Science and was also a member of Mensa.

Dr. Robinson's interests included classical music and was a strong supporter of the arts in the Midlands. He served on the Board of Directors of both the South Carolina Philharmonic Orchestra and the Palmetto Opera and was a member of the Columbia Museum of Art.

Dr. Robinson was an active participant in The Hansom Wheels and served as Program Chairman of the scion for over thirty years, during which time he produced thirty plays based on Conan Doyle's works. He was a member of The Sherlock Holmes Society of London and was published in their Journal and in The Baker Street Journal, among others. Bob Robinson was a member of The Beacon Society, and enthusiastically encouraged the younger generation to become involved in the world of Sherlock Holmes. He often brought the detective to life for grammar school students dressing as Holmes and setting up mock crime scenes.

An interview with Dr. Robinson about his life-long fascination with Holmes was recently recorded for inclusion in the BSI Archives. Dr. Robinson was invested into The Baker Street Irregulars in 1986 as "The Hansom Cab."