Lucy Liu Is Not the First Female Watson

"it's Lucy that brings me here" [STUD] 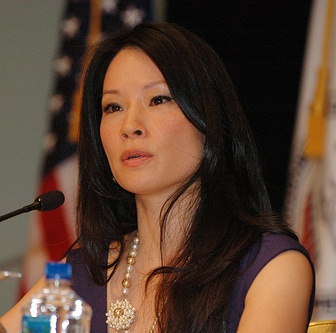 As we've previously shared, CBS is planning a New York version of the 21st century adaptation of the Sherlock Holmes stories, in the spirit of the BBC's "Sherlock." It is titled "Elementary" and the release date has not yet been determined.

While we already knew that Jonny Lee Miller would play Holmes as a recovering drug addict, Hollywood Reporter has just noted that Lucy Liu - you read that correctly - of Charlie's Angels

fame would play his sidekick as Joan Watson.

HR dubiously states that this is the first time that Watson would be "played by a woman." We say "dubiously," because we would take issue with this technicality. Of course, Joanne Woodward portrayed Dr. Mildred Watson, who was treating George C. Scott's Justin Playfair who believed he was Sherlock Holmes in They Might Be Giants. And Margaret Colin played Jane Watson, a descendant of the good doctor, who brought a cryogenically frozen Holmes back to life in the 1987 CBS (yes, CBS!) television movie and pilot The Return of Sherlock Holmes.

And lest you think CBS is new at this, in addition to the never picked up pilot of 1987, they also inflicted upon us the 1990 movie The Hands of a Murderer with Edward Woodward. Brace yourselves.

Don't say we didn't warn you.