Elementary — It's Not Sherlock

"the protection of the law against an old rival" [STUD] 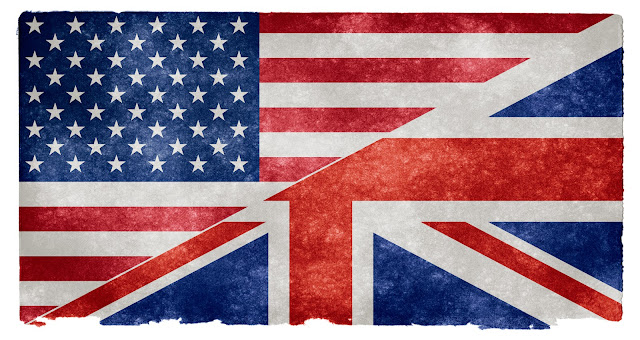 The casting of Lucy Liu as Doctor Joan Watson in CBS’s upcoming pilot Elementary  is exciting buzz, pro and con, on the internet. This gives we Sherlockians an entryway into the creation of a television show whose source material we know better that the producers (probably, let’s give them some benefit of the doubt), and the ability to speculate on future content based on innate knowledge of American TV tropes.

Of course, Elementary is not the first show to be based on a successful British counterpart. If we go back to the 1970s, All in the Family

was based on the British sitcom Till Death Do Us Part

. All in the Family (coincidentally also on CBS) broke new ground by having comedic episodes dealing in race, the Vietnam War, rape, abortion, women’s lib, and many facets human sexuality in frank language. I believe it was the first time on US television that the sound of a flushing toilet was used as a punch line. It ran from 1971 to 1979, was the number one rated TV show for many of those years, and had a number of successful spinoffs, including: Archie Bunker’s Place

. There are other US remakes that could be mentioned, but the point is redoing a British TV show is not an inherently bad idea.

Nor is updating Sherlock Holmes to the present a bad idea. House

, and Law  and Order: Criminal Intent

are all shows that have a Holmes-like character. Gregory House, Patrick Jane, Adrian Monk, and Robert Goren are not Holmes. They have their own personalities and foibles. We can appreciate their Holmesian qualities, but enjoy them for themselves.

I remember, before BBC’s Sherlock

aired, the consternation in some quarter of taking Holmes and setting him in the 21st century. Holmes couldn’t be Holmes if set in the present day. He was too much a Victorian to be updated. Such naysayers forgot that until 1939’s The Hound of the Baskervilles

, all the film Holmes were set in the present day. Updating The Sign of Four from 1888 to 1932 does not, in retrospect, seem to be that big a deal. Indeed, Holmes himself could have gone the cinema nearest to his cottage on the South Downs to see how Rathbone portrayed him in 1939. But the chasm of 129 years between A Study in Scarlet and “A Study in Pink” would seem too great a hurdle for Holmes to jump. However, series creators Steven Moffat and Mark Gatiss did an admirable job of making the detective a man of today.

I am not, however, a fan of the cinematic Holmes. I find all the film treatments of the Canon wanting in comparison to Doyle’s original. Rathbone was a great Holmes but I'm afraid that Nigel Bruce's Watson ruins the films for me. And while the production values of the Granada series is incredible, I wish I liked Jeremy Brett's Holmes better. I find his odd line readings off-putting and his treatment of people sometimes anachronistic. And don’t get me started on Robert Downey, Jr.

As for the BBC's Sherlock, I watched it with some trepidation due to its updating to the present, but I was pleasantly surprised. “A Study in Pink

” was well done and Cumberbatch and Freeman were well cast. “The Blind Banker

” was less successful. By the time of "The Great Game

” I was very disappointed. The fey, manic, dancing, young "Jim" Moriarty—that's the Napoleon of Crime? A professional criminal committing a series of crimes just because he’s bored and wants to play with Sherlock? I was surprised that the laser-sighting marksmen at the end of the episode didn't put a round into "Jim" to put him (and the audience) out of his misery.

Now, don’t get me wrong, there are many things to like about BBC’s Sherlock. Moffat and Gatiss know their Canon and the Sherlockian touches tucked into the episodes are delightful. I have not yet seen series two, but I look forward to PBS’s broadcast of them in May.

The point is that BBC's Sherlock is no more Conan Doyle’s Sherlock Holmes than Fox’s House. This brings us to Elementary. Usually when US TV imports a show, it’s done in conjunction with the British producer. It appears that CBS did go to the BBC to do a remake of Sherlock but that nothing came of the offer. As the character of Sherlock Holmes is in the public domain, CBS went ahead with their version.

This led Moffat to tweet, “Dear CBS. A modern day Sherlock Holmes? Where, oh where, did you get THAT idea? We’ll be watching.”

The media friction between BBC and CBS is fascinating to watch. The casting of Jonny Lee Miller as Holmes is a case in point. Miller is a British actor who starred in Trainspotting

. He’s familiar to American television viewers as the star of the short-lived ABC show Eli Stone


"Jonny is a very fine actor....Let's hope their pilot script has stayed further away from our Sherlock than their casting choice. We have been in touch with CBS and informed them that we will be looking at their finished pilot very closely for any infringements of our rights."

(NBC 1994-2004). The similarities between the shows are more than superficial. That said, Coupling is the far superior show of the two. British television, indeed, world television, would be much poorer if NBC threatened action against BBC2 upon reading of the upcoming series in the trades and the Beeb caved.

This fear of a lawsuit may have led to the casting of Liu as Watson. As Deadline reported on February 27,


“The project, written by Robert Doherty, is set in present day and stars Jonny Lee Miller as eccentric Brit Sherlock Holmes, a former consultant to Scotland Yard whose addiction problems led him to a rehab center in New York City. Just out of rehab, Holmes now lives in Brooklyn with “sober companion” Joan Watson (Liu), a former surgeon who lost her license after a patient died, while consulting for the NYPD.”

Not an army surgeon back from Afghanistan, but disgraced medico.

This highlights a couple of problems for Elementary. One is the legal sword BBC is holding over the head of CBS. There are certain traits that make the character of Sherlock Holmes Holmes and as well that make Dr. Watson Watson. Doyle’s Watson is proud of this military service. He refers to himself as an “old campaigner” more that once in the Canon. The symmetry of a 19th century Watson and a 21st century Watson both serving on the frontlines in Afghanistan is just too brilliant to pass up. It serves the character perfectly. It is in the public domain. Despite roles in Kill Bill

, I cannot image an actor least likely to be an army doctor under Taliban fire than Liu.

Show biz is not a virtuous profession. We may look at it as Watson did of the late Irene Adler, as “dubious and questionable.” Intellectual theft is a misdemeanor at best in Hollywood. Holmes’ perennial popularity is now on an upswing and I see no problem with the American appropriation of a modern day Holmes. In fact, CBS needs to tell Moffat and Gatiss, in that pithy British phrase, “Piss off!’

The second problem for Elementary is the state of TV storytelling. Protagonists nowadays need a tragic back-story to make them interesting. Joan Watson lost her license when a patient died. Sherlock Holmes is a recovering drug addict. Please.

Holmes's drug use can only be seen through a contemporary lens on TV, but the reality of Victorian cocaine use is much more complex than network television can portray. (For one thing, cocaine wasn’t illegal and could be picked up at the corner chemist.) Watson can’t be an Afghan veteran (too close to Sherlock), but there has to be something to give the character sleepless nights. Hence, the lost medical license. A psychic wound, then, rather than a physical one.

While casting Watson as a woman takes Elementary a step away from Sherlock (and a step closer to Rex Stout), it takes "Elementary" several steps away from the Canon. One of the fundamental aspects of the Canon is the friendship of Holmes and Watson. Christopher Morley called the Canon a Textbook of Friendship

. And it is one that is more complicated that the bromance that popular culture perceives between Cumberbatch and Freeman or Downey and Law. I do not doubt that a deep friendship between a man and woman can exist, just network television ability to depict it. Sexual tension between major characters is just television scriptwriting 101 and I wonder if the producers of Elementary have the strength to stay away from it.

After all, unlike Sherlock, which has only three 90-minute shows a season to get plot, character and dialog right, CBS will have to crank out 22 one-hour episodes and the temptation for scripting shortcuts in that pressure cooker will be great. I’m not sure of the Sherlockian background of the producers or writers, or whether they have hired a Holmesian as a consultant (as Warner Bros. did with Les Klinger), but titling the series "Elementary" alone makes me wonder if can expect writing on the level of "Sherlock" or of, say, Holmes and Yo-Yo.

Elementary will ultimately survive or fail on its own merits. If it fails, it will be no more that a footnote in the history of Sherlock. If it succeeds, then the majority of fans the world over will proclaim the British version superior, and Moffat's and Gatiss’ glory will be that much greater. Sarah Timberman and Carl Beverly may yet pleasantly surprise us. Only time will tell. We should keep our minds and eyes open to further developments, but like Holmes's refrain from theorizing before one has the facts. No matter how fun it is.


Editor's note: James is a long-time Sherlockian and a huge fan of I Hear of Sherlock Everywhere . This is his first contribution to the site.