"Was he the gay Lothario one would expect?" [RETI] 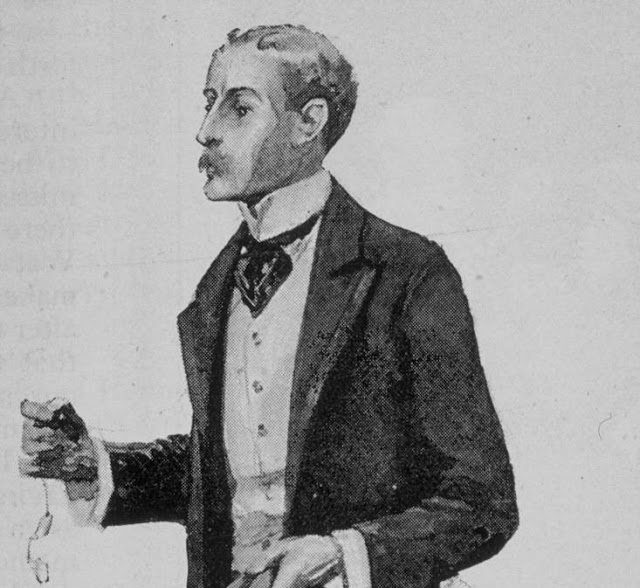 Recently, there has been a lot of noise around the forthcoming film, Sherlock Holmes, due out in December and starring Robert Downey, Jr. and Jude Law as Holmes and Watson, respectively. The trailer is of high quality and hints at the level of action to be expected in the film.

Recent posters of the the four major principle characters - Holmes, Watson, Irene Adler, and the villainous Blackwood - have made their appearance. See the embedded slideshow below for the handsome renderings of our heroes.

So far, so good. And while Downey doesn't necessarily match up with many Sherlockians' perception of the ideal Holmes impersonator, and the explosions seem a little to James Bond-like for some, the notion that the great detective is getting a major Hollywood treatment has been satisfying. But the latest news is the most shocking yet.

News outlets have been reporting that the director of the film, Guy Ritchie, plans to put a gay spin on the relationship between Holmes and Watson. See New Sherlock Holmes Film to Explore Homoerotic Relationship Between Lead Characters for more. The noted film critic Michael Medved chimed in and suggested that it's just a publicity ploy at the moment.

. Whether or not it will be willingly accepted this time around - by moviegoers and Holmes fans like - remains to be seen.

Assuming, of course, that the news reports are valid. As Holmes himself said, "The Press, Watson, is a most valuable institution if you only know how to use it." [SIXN]

The comments are ridiculous speculation, based on nothing. I've seen the rough cut of the film, and there is not a shred of a hint of a homosexual relationship between Holmes and Watson--in fact, there is significant evidence that the fair sex is not Watson's department alone. If "bromance" today means a close male friendship with no sexual overtones, then that's what to call it--otherwise, their relationship is exactly what we expect from ACD's original stories, no more, no less.