"I travelled for two years" [EMPT] 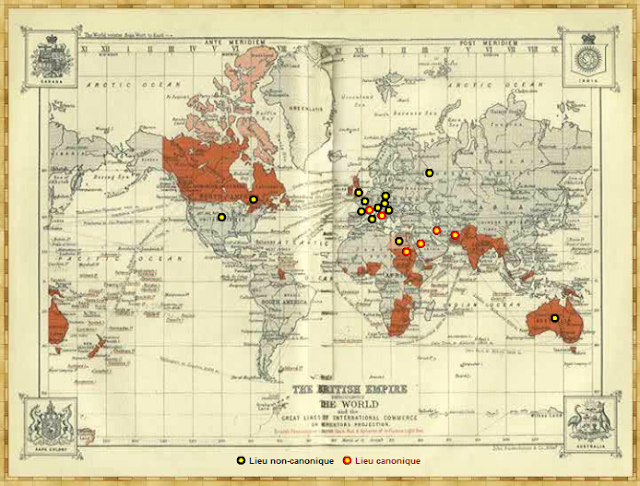 Sherlock Holmes returned to Watson after a hiatus of three years (the "Great Hiatus," as Sherlockians know it), with tales of travels across Asia and Europe. As he recounts it:


"I travelled for two years in Tibet, therefore, and amused myself by visiting Lhassa, and spending some days with the head lama. You may have read of the remarkable explorations of a Norwegian named Sigerson, but I am sure that it never occurred to you that you were receiving news of your friend. I then passed through Persia, looked in at Mecca, and paid a short but interesting visit to the Khalifa at Khartoum, the results of which I have communicated to the Foreign Office. Returning to France, I spent some months in a research into the coal-tar derivatives, which I conducted in a laboratory at Montpellier, in the south of France."

Well, our friends at the Societe Sherlock Holmes de France have developed a very beautiful and interactive map that traces Holmes' steps across the continents. Of course, it's entirely in French, but I think you can get the gist of it.