"You Will Excuse My Beginning Without You, Watson." [BERY] 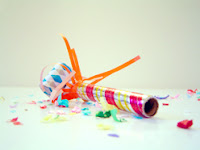 The weekend festivities of the Baker Street Irregulars, the literary society dedicated to Sherlock Holmes, officially kick off tomorrow, but it's never too early to begin the celebrations. A few locals and a number of out-of-towners gathered at O'Casey's tonight for ASH Wednesday.

My woman on the street reports:

There were around 50 at O'Casey's tonight. There was a good smattering of locals, and a lot of folks from further away: California, Texas, Minnesota, Illinois, New Mexico along with a couple of Brits. We drank and ate, and most of all, we talked - conversation filled the room and bounced from table to table. I described the kickoff event as a sort of a family reunion for Sherlockians.
My favorite story is the participation of a young woman from India who moved to New York just four days ago. She had heard about the BSI festivities as a Sherlockian in India, and when her company transferred her here, she suddenly wondered if this were the right weekend. She found me via the net and sent me an inquiry earlier today asking if she could come tonight. I responded telling her she was welcome, but there would be no Sherlockian content to the evening except incidentally as we were really just getting together with friends. In her next message she told me she was new in the city and knew no one yet and was hoping to find some friends. I encouraged her to come and boy, did she land in the right place!