If Sherlock Holmes Were...

"it gave even my hardened nerves a shudder" [ENGR] 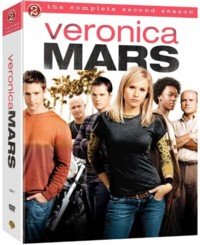 We are all familiar with the phrase "To Sherlock Holmes, she was always the woman," from 'A Scandal in Bohemia.' It is classic and it sums up in one short phrase Holmes' thoughts on the epitome of a woman.

But to read "If Sherlock Holmes were a hot chick in high school, he'd be Veronica Mars" in a DVD review by iFMagazine makes my head spin - and not in a good way. The magazine caters to young filmmakers, so the attitude is somewhat understandable.

But what's next? Here's a suggestion (and try not to shudder): Watson countering Holmes with


"That is soooo not elementary."