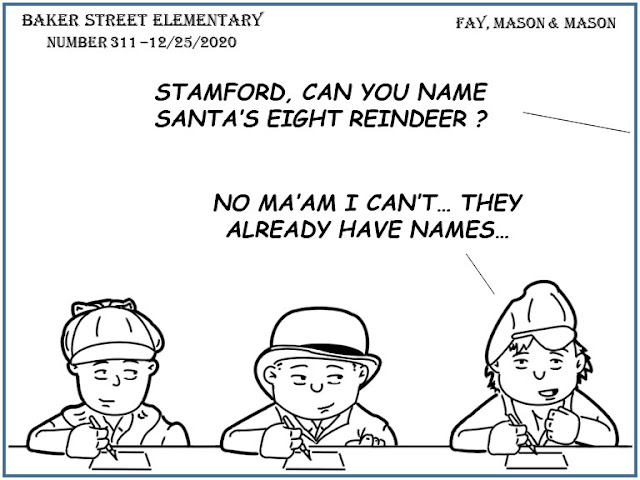 Every fortnight, the Fay/Mason team drops a series of panels in a shared drive for us, giving us something to consider for the "Baker Street Elementary" entry here on the site.
And every fortnight, we look forward to the challenge it presents, as we craft an essay that in some way makes a connection to the Canon. Occasionally, it's a small bit of scholarship, other times it's a historical look at the scholarship of others, and possibly it's just an observation. A trifle, if you will.
At this point, we're out of steam—it was a challenging year for all. So we must leave you with an effort that feels incomplete (how very 2020!), as there were only five connections to Santa's famous reindeer that we could find, rather than the full eight (or nine, if you prefer):
Dasher: "he had availed himself of a cab so that he could loiter behind or dash past them and so escape their notice." [HOUN]
Dancer: "Round and round the room she danced, her hands clapping, her dark eyes gleaming with delighted wonder" [REDC]
Prancer: "In an instant it reared up upon its hind legs with a snort of rage, and pranced and tossed in a way that would have unseated any but a most skilful rider." [STUD]
Vixen: "A haze lay low upon the farthest sky-line, out of which jutted the fantastic shapes of Belliver and Vixen Tor" [HOUN]
Comet: "Then Sherlock Holmes cocked his eye at me, leaning back on the cushions with a pleased and yet critical face, like a connoisseur who has just taken his first sip of a comet vintage."[STOC]
Cupid: "Lord St. Simon, who has shown himself for over twenty years proof against the little god’s arrows, has now definitely announced his approaching marriage with Miss Hatty Doran, the fascinating daughter of a California millionaire." [NOBL]
Donner: "Not only was his body that of a giant but everything about him was grotesque, gigantic, and terrifying. His voice was like thunder in our little house." [REDC]
Blitzen: " ‘Very good.’ He suddenly sprang up, and darting like lightning across the room he flung open the door." [ENGR]
And for the completists out there, Rich Krisciunas suggested this:
Rudolph: "A red-veined nose jutted out like a vulture's beak, and two fierce gray eyes glared at me from under tufted brows." [BLAN]
On behalf of the team at I Hear of Sherlock Everywhere and Baker Street Elementary, we have the honor of wishing you compliments of the season. 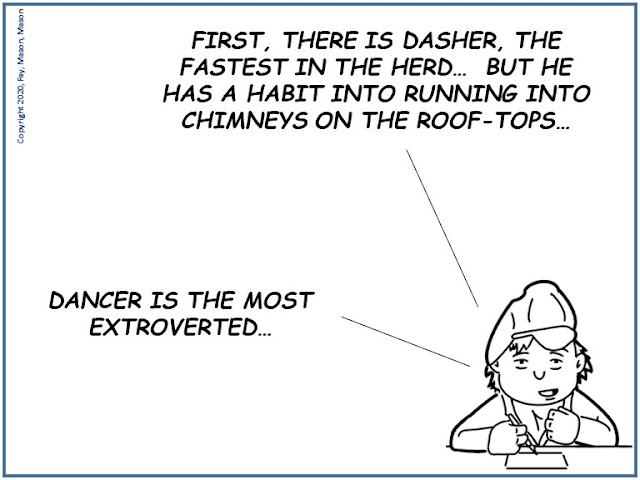 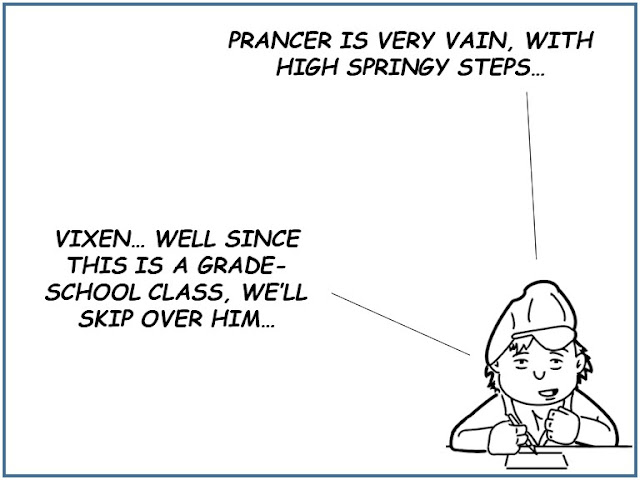 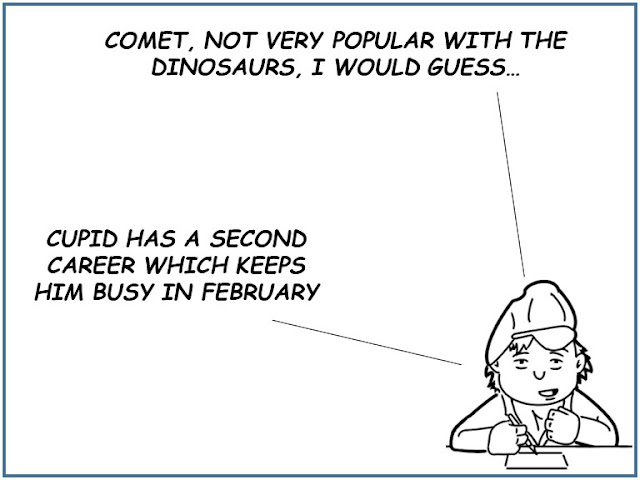 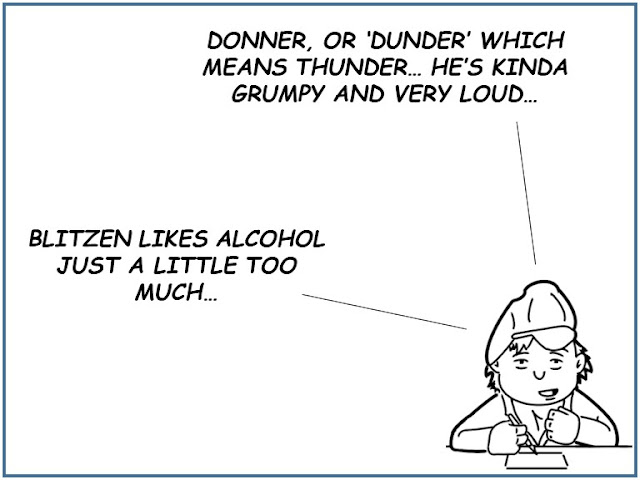 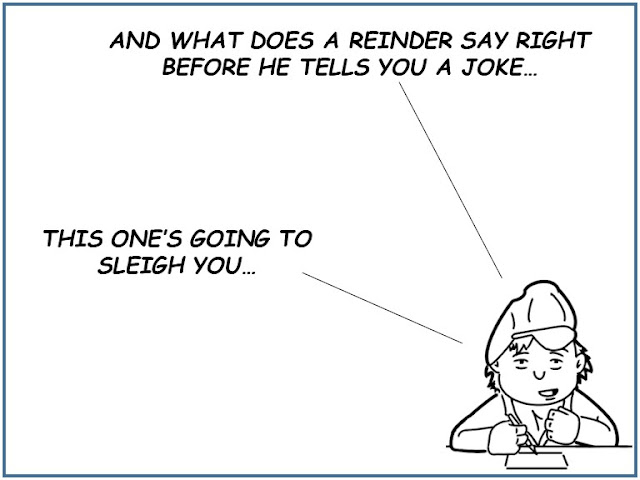 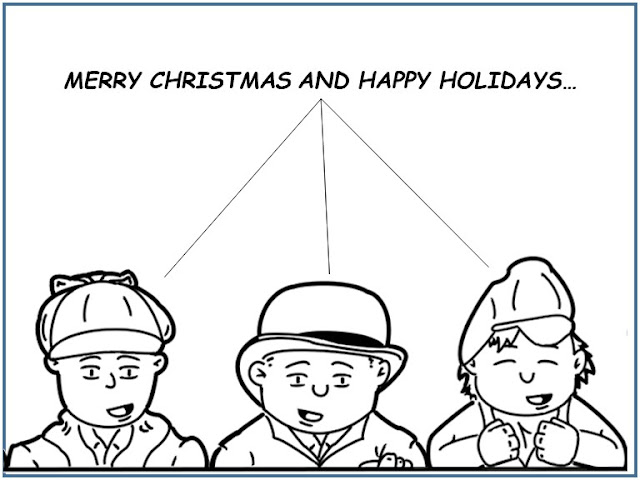