Sherlockian Gift Ideas for the Holidays

"among his many gifts" [RESI]

With Hanukkah upon us, Festivus right around the corner, and endless Christmas music now in its 37th week, the holidays are here.
And that means it's time to get your gift ideas in order for the Sherlockian in your life (or to buff up your wish list that your friends and relatives can see).
Fear not! We here at I Hear of Sherlock Everywhere are poised to help. You see, over the course of our 14th season of the I Hear of Sherlock Everywhere podcast, we've interviewed plenty of guests whose work would be an excellent idea to add to those lists.
We'll run them down by episode (did you know you can see our entire show archives at ihose.co/ihoseshows?). Ready? Here we go!

The wonderful thing about bow ties is they're never out of style for the simple fact that they're never in style. But no need to worry: the folks at Beau Ties Ltd. of Vermont make more than bows. They make scarves, neckties, headbands, ascots and cravats, eyeglass cases, D-ring belts, pocket squares, and yes FACE MASKS! You can find some in Sherlockian themes.
Check out this pattern, the Afoot:
You could also get the Baskerville. Or browse the whole catalog. We spoke with Cy Tall, President of Beau Ties Ltd. back in January on Episode 184.

In Episode 186 we spoke to Candace Lewis and Ira Matetsky about the BSI Press book Upon the Turf, concerning Sherlock Holmes fans' love of horse racing, the many races arranged and attended by Sherlockians, and some essays on the history of the sport. 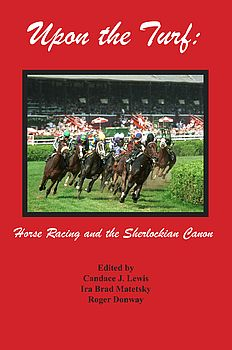 Where would we be without teachers? Tim Greer and Marino Alvarez joined us to discuss Education Never Ends: Educators, Education and the Sherlockian Canon in Episode 190. It's a book with thoughtful essays, all written by educators. It's more than elementary. 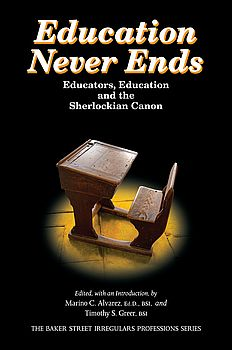 The Worst Man in London

Professor Moriarty may have been Sherlock Holmes's archenemy, but he wasn't the worst man in London. That title was reserved for Charles Augustus Milverton, the notorious blackmailer. The BSI Manuscript Series continues with The Worst Man in London, a volume that includes the facsimile manuscript for the story, plus annotations and multiple essays by a variety of Sherlockians. We spoke to editors Costa Rossakis and Dan Stashower on Episode 194. 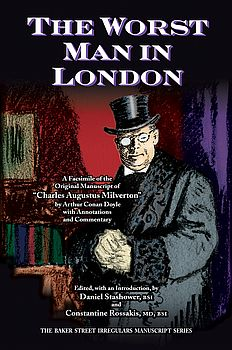 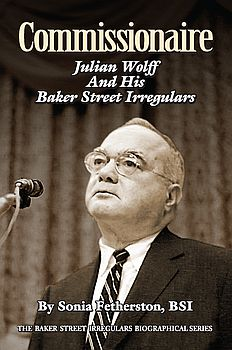 If you puzzle over what you'll discuss on your next Sherlockian video call or just like to ruminate on some of the oddities in the Canon, you'll want a copy of Sherlockian Musings by Sheldon Goldfarb. For each one of the 60 stories, you'll find a plethora of musings to consider, and in Episode 191, Sheldon joined us to talk about some of them in detail. 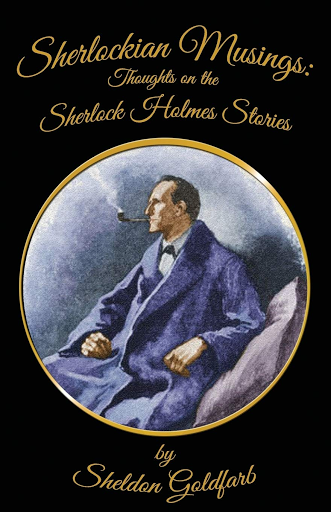 Further, we had a chance to speak with Steve Emecz, publisher of MX Publishing on Episode 195. That's when we learned about the breadth and depth of the catalog at MX, including their impressive charitable work for organizations such as Stepping Stones, the United Nations World Hunger Program, and the American Cancer Society.

Dislosure: MX Publishing is a sponsor of IHOSE.

The Art of Deception

Dr. Leonard Goldberg, a USA Today bestselling author, joined us on Episode 197 to share his latest volume in his Daughter of Sherlock Holmes series, The Art of Deception, in which Joanna Blalock and the Watsons try to solve the case of a crazed art fetishist.

Without a doubt, Enola Holmes took the world by storm this year. The Netflix original film was produced by Millie Bobby Brown, who also starred in the lead role—one that she became interested in after reading the Enola Holmes series of books by Nancy Springer. We had the opportunity to speak with Nancy on Episode 200, and she turned out to be one of the most fascinating interviews we've ever done. 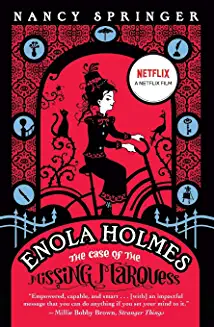 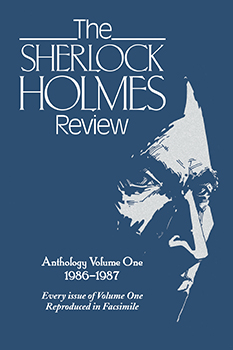 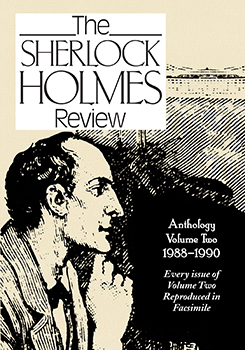 Disclosure: Wessex Press is a longtime sponsor of IHOSE.

Believe it or not, 2020 marked the 25th anniversary of the passing of Jeremy Brett. The Granada series still holds a special place with us here, and we thought it was worth speaking to an author and Sherlockian who knew Jeremy well. David Stuart Davies joined us on Episode 201 to remember him.

Of course, David's books are must-haves for any Sherlockian library. Bending the Willow, Starring Sherlock Holmes, and Holmes of the Movies are excellent selections. 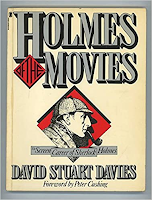 Maybe your library's shelves don't have any more room for books (is that even possible?). In that case, you might want to avail yourself of some Sherlockian Relics: faithful reproductions of props used in the Granada Sherlock Holmes Series with Jeremy Brett. Luke and Gus from The Jeremy Brett Sherlock Holmes Podcast have created a Blue Carbuncle, a bottle of Devil's Foot Root, a Sign of Four card, a Musgrave Ritual, and a Reichenbach Falls poster. They joined us on Episode 203.

Also this year, Maureen Whitaker released her biography of Jeremy Brett's acting career, spanning 40 years. Jeremy Brett: Playing a Part has photographs from every aspect of it and comes in at over 450 pages. 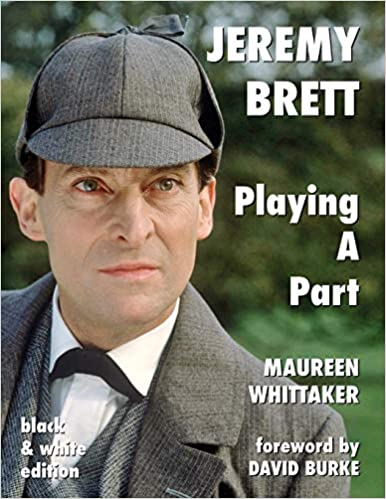 Perhaps you prefer your Sherlock Holmes to arrive in your earbuds or headphones? Then you must find yourself a copy of the BBC Radio series of Sherlock Holmes stories starring Clive Merrison, who joined us on Episode 202. The series is available as a CD set, which can be pricey.

As an alternative, Amazon is offering free Audible versions of the stories with a free trial of Audible. You can choose from titles such as The Adventures, The Casebook, and The Further Adventures.

Give Audible a try and see what you think.

Finally, since we're in the midst of a pandemic, what better time to sit down and enjoy a board game, either with family or trying one over a video call. Dave Neale is a game researcher and designer behind Sherlock Holmes Consulting Detective: The Baker Street Irregulars. He joined us to talk about his craft on Episode 205. 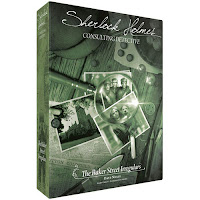 If you're looking for something unusual and unique for the Sherlockian in your life, how about handmade jewelry and associated gifts like Christmas ornaments? That's what Regina Stinson specializes in at her Etsy shop, Artful Pippin. Even if you can't decide what item to get for the Sherlockian in your life, you can always get a gift card that you can send electronically. What could be easier? You can hear Regina on Episode 192 of our show. 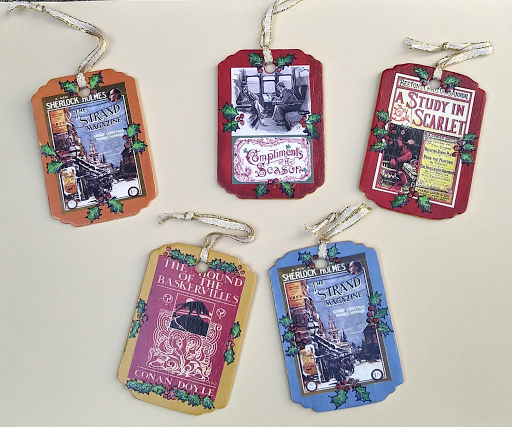 We hope that we left you with a few ideas above. Perhaps you have more. Please feel free to browse around on those links above to your heart's content.

Compliments of the season!

Disclosure: some of the above links are Amazon Affiliate links. We earn a small commission when you make a purchase.