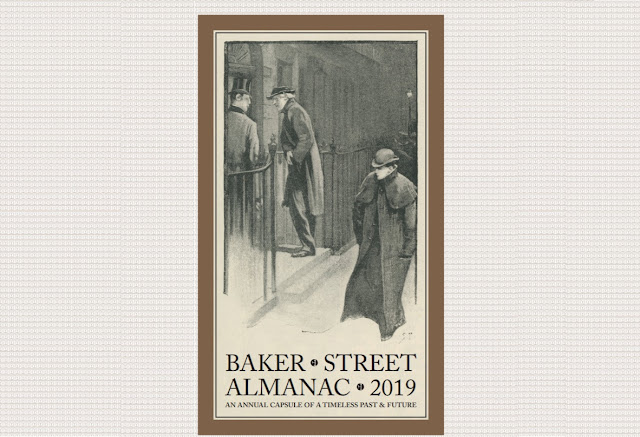 Titled "an annual capsule of a timeless past & future," the Baker Street Almanac is the brainchild of Ross Davies, BSI ("The Temple"). Followers of I Hear of Sherlock Everywhere may recall when Ross appeared on our show to discuss Boxes from Royalty.

Now in its second year, the Baker Street Almanac is a publication of both print and electrons, and Ross indicated what this volume might be in the inaugural edition last year:


"If all goes well, next year’s Baker Street Almanac will not be like the scrap of paper you are holding now. It will be a plump book of Sherlockian data — substantial, elaborate, fact-and-fun-filled. There will be records of — and refletions on — 2018: lists and timelines and tables and directories and maps and so on. And there will be sprinklings of miscellaneous morsels — all Sherlockian, or nearly so. It will be our first big “annual capsule of a timeless past and future.” And it will be available in two formats: electronic (for free online to all) and ink-on-paper (for a pittance to all who pay)."

Last year's edition also included an article from Ford Times, a magazine similar to Reader's Digest or Yankee Magazine published by Ford Motor Company (your editor's former employer — as you'll see below) from 1916:


"In 1916, Henry Ford and Arthur Conan Doyle spoke out on opposite sides of the question of American neutrality in World War I, as the editorials reproduced on page 2 of this edition of the Baker Street Almanac show. But disagreement did not deter Ford and Doyle from capitalizing on each other’s iconic creations. Ford went first, using Doyle’s icon — Sherlock Holmes — to appeal to Britons to buy Ford cars. In August 1916, the Sherlockian parody, “ The Disappearance of Alice Nosegay” — featuring detective Sheerluck Jones — appeared in the U.K. edition of Ford Times, Ford Motor Company’s consumer-oriented magazine. (This was about a century before the brass at Ford got smart and hired "Corporal Henry Wood" to sharpen the cutting edge of their marketing communications.) In the story, a Ford car is an important prop in Sheerluck Jones’s successful romancing of Alice Nosegay. The unspoken but obvious message: Find a Ford, find true love. The original version of “ The Disappearance of Alice Nosegay” is reproduced on page 3 of this edition of the Baker Street Almanac." 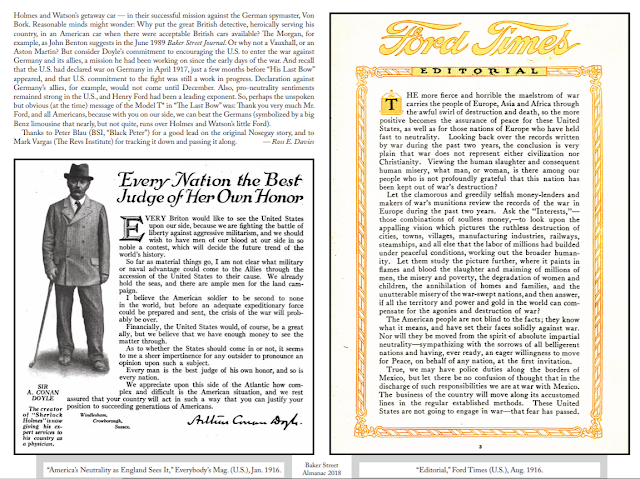 Due to the success of the first edition, Davies was able to recruit contributors for the 2019 edition of the Almanac, and we're all beneficiaries of this fine curatorial work. There are two versions of the 2019 Baker Street Almanac: the limited Sense of Humour Edition (it features an ink-on-paper format, and some copies — to be honest, the ones that people actually pay for — include a few accessories), and the unlimited Staunch Witnesses Edition (it features an electrons-on-internet format, and it is free).

What to expect in this edition:


Hop on over to the Green Bag website and see which version of the Baker Street Almanac appeals to you.

Charles Prepolec, BSI ("The Man with the Twisted Lip") shared the following on Facebook:


I'd posted about the 2019 Baker Street Almanac the other day, and ‪the print edition arrived yesterday. Card cover wrapped in a map, bound with ribbon and a postcard stuck on front. It’s a thing of beauty. I was almost loath to open it, it’s so lovely, but there was more within! The wrapper unfolds to a double sided 18 x 25.5 inch double sided map and poster, on one side a reprinting of ‘The Adventure of the Clothes-Line’ (1915) with great FDS illustrations reproduced and on the other side a cartographical presentation of ‘How Watson Learned the Trick’. The interior was not without surprises as well, a bookmark cryptically hand numbered numbered 3001, a reproduction Turf cigarette card and a Hound of the Baskervilles library punch card repro.

As always, I am in awe of the creative talent and effort expressed by BSI classmate, Ross Davies, in putting things like this together. This is a wonderful package. While you can read the contents free online, there's plenty to commend about the print edition. 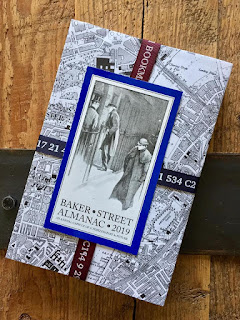 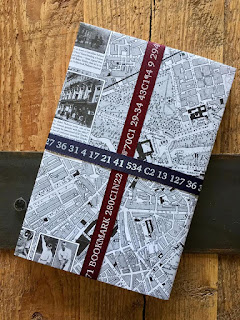 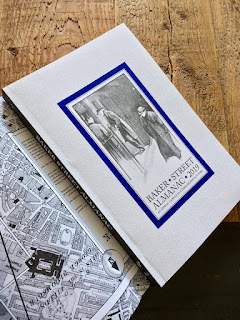 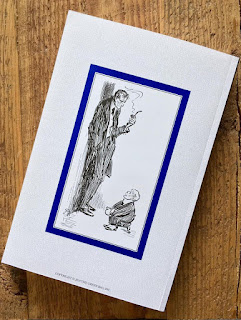 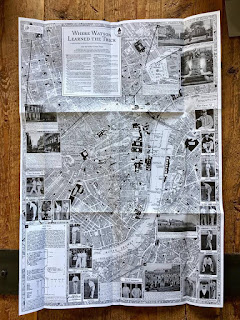 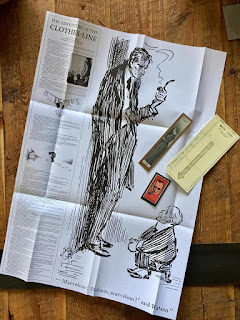