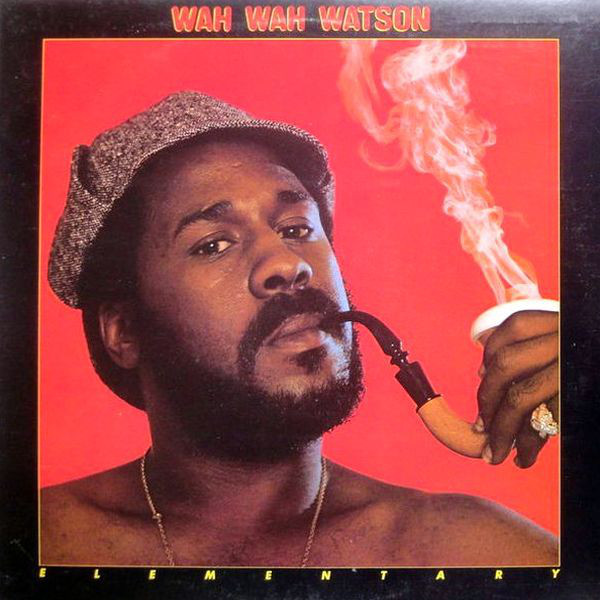 The name Wah Wah Watson may be familiar to music fans around the world, but to Sherlockians, his name may be a bit more obscure. But his music style was ubiquitous.

Born Melvin Ragin, he became known as Wah Wah Watson after his extensive use of the wah-wah pedal that he used for his guitar which he played with dozens of bands and lead singers such as The Supremes, Michael Jackson, Marvin Gaye, and more.

Mr. Ragin passed away last week at the age of 67.

The wah-wah effect originated in the 1920s when musicians moved mutes in and out of their trumpet and trombone bells. We're sure you've seen this in action.

Ragin used the effect on his guitar and it created a signature tune throughout the late 60s and 70s.

The reason we're mentioning Wah Wah Watson here isn't only because of his name. In 1976, he released his own album titled Elementary, featuring Watson on the cover wearing a deerstalker and with a meerschaum pipe.

This would have been at the height of Sherlock Holmes fervor that was spurred on by Nicholas Meyer, BSI ("A Fine Morocco Case") and his book and film The Seven Per-Cent Solution. [Listen to our interview with Meyer in Episode 85.]

Here's the extended release version of the album, for your listening pleasure:

Other than the role that chicken played in "Wisteria Lodge" and cows in "The Priory School," we regret that we can find no mention of brown chickens or brown cows in the Canon.