“tried to interest myself in a yellow-backed novel” [BOSC]

Who among us hasn't been tempted to short-cut assigned classroom reading with CliffsNotes or York Notes, in those pre-Internet days when Wikipedia wasn't readily available?

Well, the more literary-inclined have not – a group to which Sherlockians generally tend to gravitate – but for the masses, let's agree they may have.

We're reminded of Watson's recounting of his doings in Hereford with Sherlock Holmes in "The Boscombe Valley Mystery," whiling away his time while Holmes ran down a few clues:


"I walked down to the station with them, and then wandered through the streets of the little town, finally returning to the hotel, where I lay upon the sofa and tried to interest myself in a yellow-backed novel."

A yellow-backed novel? Was Watson perusing an early version of CliffsNotes? Hardly.

Yellow-backed novels were cheap (sixpenny or shilling) editions of a book with illustrated covers of glazed and vividly illustrated yellow boards, intended for railway travellers. According to a note in The New Annotated Sherlock Holmes by Leslie S. Klinger, BSI ("The Abbey Grange"),


"Also known as 'sensation novels,' books of this genre revelled in stories of adultery, bigamy, murder, and illegitimacy. For example, in Mary Elizabeth (M.E.) Braddon's Lady Audley's Secret (1862), the heroine abandons her child, murders her husband, and considers poisoning her second husband...Sensation novels were in many ways precursors to thriller and even detective fiction."


"The first 'yellowbacks' were published in 1847 by Simms and McIntyre, and other publishers quickly followed suit, such as Routeledge, Chapman & Hall, Frederick Warne, Maxwell, Chatto & Windus, and Ward, Lock, & Co. ACD's work twice appeared in this format: the reissue of the anthology Strange Secrets, issued by Chatto & Windus in 1890, and A Study in Scarlet issued by Lever Brothers in 1894. The yellowback was superseded by the sixpenny paperback novel at the end of the century."

So it stands to reason that Watson, a railway traveller to Hereford, would have a yellow-back novel in his possession. Interesting too that the plot of "The Boscombe Valley Mystery" involved what seemed to be patricide.

Watson himself acknowledges that the publication held no interest for him:


"The puny plot of the story was so thin, however, when compared to the deep mystery through which we were groping, and I found my attention wander so continually from the fiction to the fact, that I at last flung it across the room and gave myself up entirely to a consideration of events of the day."


Sounds much like a quote often erroneously attributed to Dorothy Parker:


"This is not a novel to be tossed aside lightly. It should be thrown with great force."

Which sounds suspiciously like the force of the teacher's head at Baker Street Elementary... 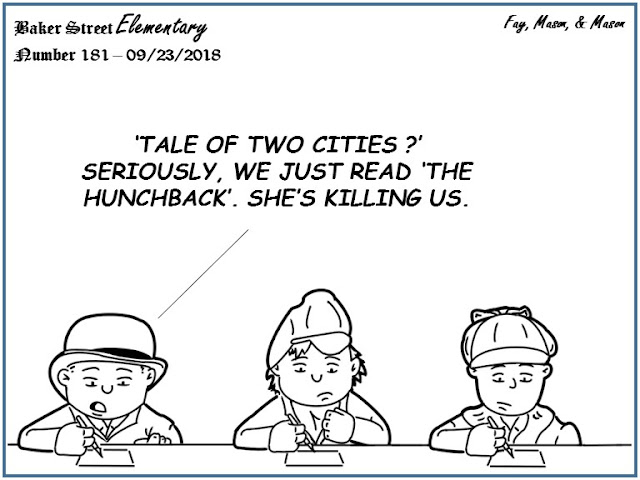 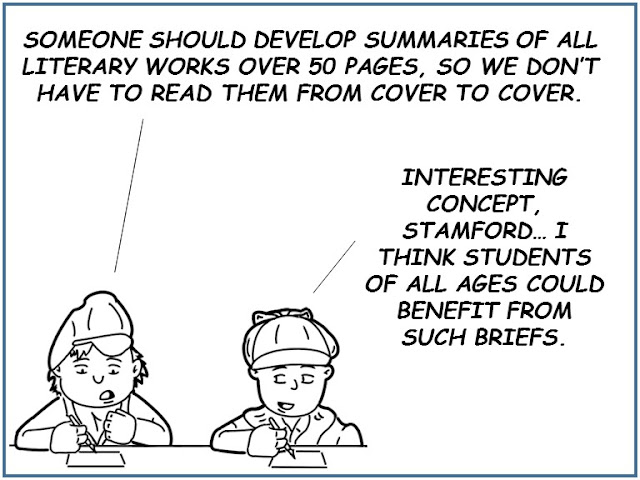 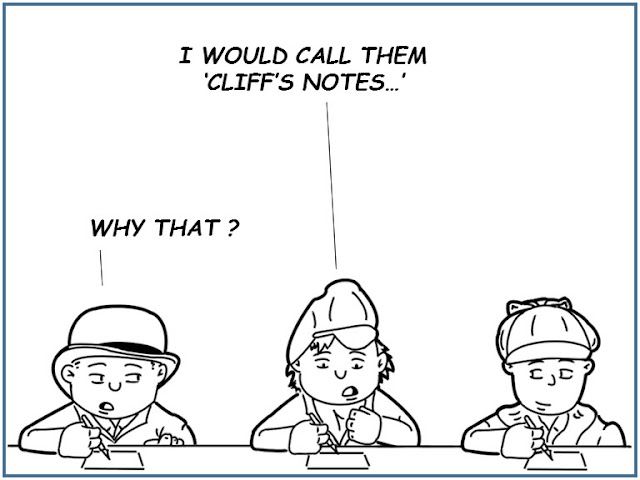 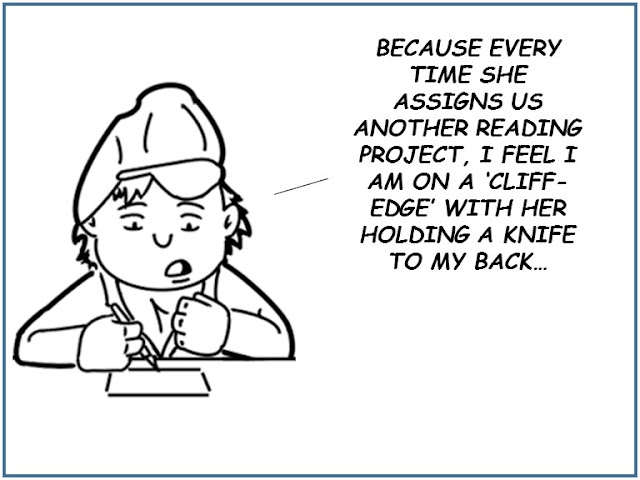 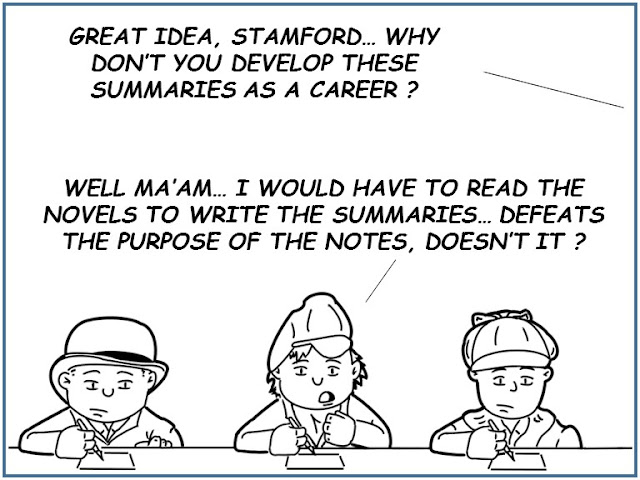 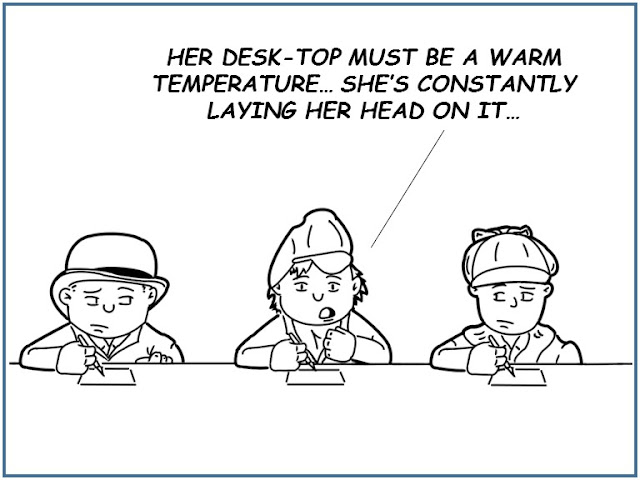