A Very Different Holmes and Watson 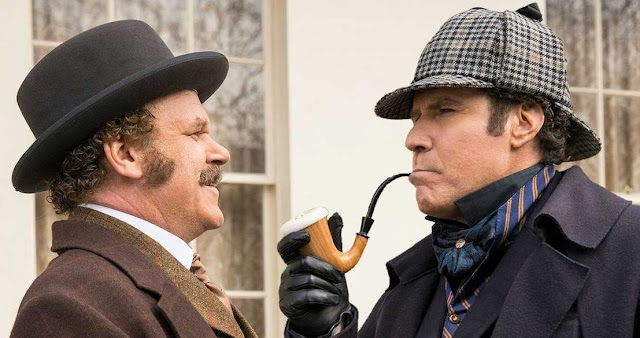 We recently welcomed Lee Eric Shackleford to the show to discuss his play Holmes and Watson. It was a deep discussion, rooted in the psychology behind a decades-long friendship and supposing what the main characters' reactions would have been behind the scenes, so to speak.

There is a very different kind of approach to that coming to theaters later in 2018. And all you need to know to frame it in your mind are the names of the two stars: Will Ferrell and John C. Reilly.

Like Without a Clue before it, Holmes and Watson is a farcical approach to the time-honored friends and colleagues. But rather than a simple switched identity, this time it's slapstick, potty humor, and frat boy antics.

And as you can imagine, Traditional Sherlockians are outraged.

How dare Sony Pictures tarnish the name an honor of the greatest detective who (n)ever lived, and his stalwart companion?

They have a right to be upset. Just like some Sherlockians object to Benedict Cumberbatch or Jonny Lee Miller. Or Jeremy Brett before them. Or Basil Rathbone before many others. Every generation has its Sherlock Holmes. And every generation disagrees with how Sherlock Holmes is portrayed.

But who said that we have to take Sherlock Holmes and Dr. Watson seriously all the time?

Indeed, there are a number of instances of humorous takes on Sherlock Holmes from throughout the history of the Sherlockian world.

In The Pictorial History of Sherlock Holmes, Michael Pointer wrote:


"The massive testimony to the widespread knowledge and popularity of Sherlock Holmes is found not only in the repeated publications of the stories and all of the dramatizations and discussions of the same, but also, and especially, in the countless occasions when he has been used for comic purposes."

It starts as far back as 1893 with a comic strip called The Adventures of Chubb-Lock Homes and a stage parody called Under the Clock. 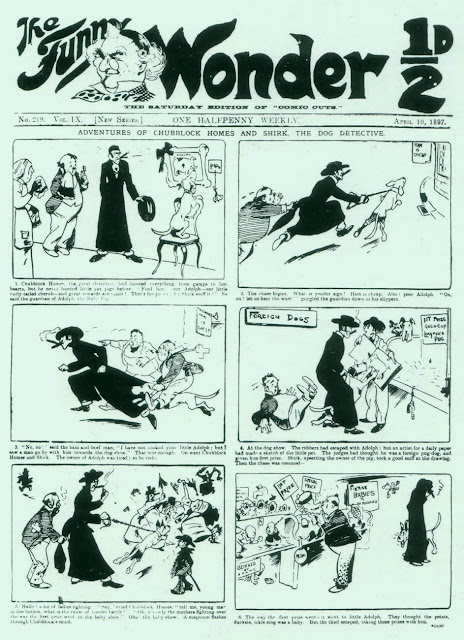 Not too many years later came Sherlocko the Monk and Watso (later named Hawkshaw the Detective and The Colonel). 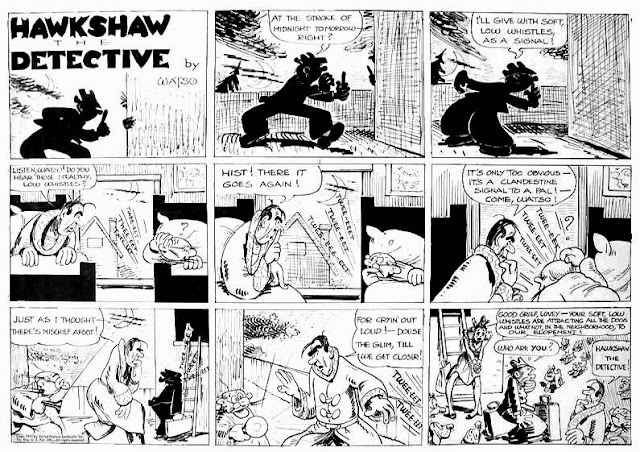 And we daresay you've heard of the Shropshire Slasher, pursued by these fine fellows: 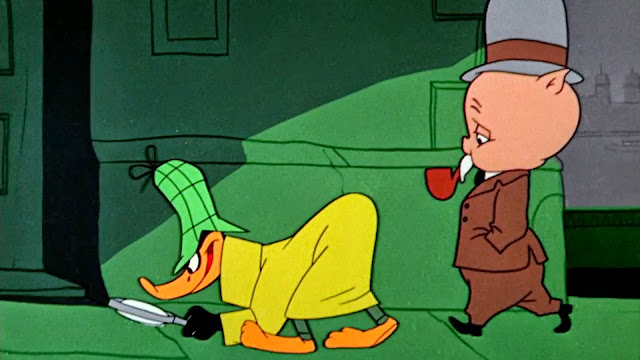 The succession of comedic movies about Sherlock Holmes is quick in the early days of film (we won't bore you with all of the titles, but suffice it to say Mack Sennett of 'Keystone Kops' fame was involved).

Into the 1940s, we had regular comic relief in the form of Nigel Bruce as Dr. Watson, who did so much damage to the reputation of the good doctor's intellect that to this day there are still people who view Watson as the Boobus Britannicus.

George C. Scott played a rich lawyer who has a breakdown and believes that he is Sherlock Holmes in the 1971 film They Might Be Giants. Gene Wilder tried his hand at The Adventure of Sherlock Holmes's Younger Brother, with Douglas Wilmer reprising his role as Sherlock Holmes, with Thorley Walters as his Watson.

Neil Simon's 1976 film Murder By Death was a spoof of many characters in detective fiction, and in an early version, Holmes and Watson made an appearance. On television that same year, we saw Richard B. Schull, BSI ("A Fine Actor") and John Schuck as Holmes and Yo-Yo, an ABC network comedy about a traditional police detective and his partner who happened to be an android. And not to be outdone, NBC had The Return of the World's Greatest Detective, with Larry Hagman as motorcycle cop Sherman Holmes, whose bike falls on him and causes him to believe he's Sherlock Holmes (aka They Might Be Giants for television).

John Cleese came along in 1977 with The Strange Case of the End of Civilisation as We Know It, followed by Peter Cook and Dudley Moore in The Hound of the Baskervilles. The less said about each, the better.

We've survived the casting of Sherlock Holmes as a mouse, a muppet, a futuristic space traveler, a time traveler, a singing detective, Pikachu, a garden gnome, and a GIF.

And we're supposed to have the vapors simply because Will Ferrell is involved now?

No, this certainly won't be a version of Sherlock Holmes that appeals to everyone. But to throw so much cold water on it as if to say it's a version that won't appeal to anyone is, to us at least, the antithesis of the Sherlockian world, as we've come to know and appreciate.

The more Sherlocks, the merrier, we say.

Some seem to think that the more merrier the Sherlocks, the more miserable Sherlockians will be.


Holmes and Watson premieres in the U.S. on November 9 and in the U.K. on December 26.


Editor's note: Keen observers of the trailer should watch for Hugh Laurie as Mycroft Holmes and notice that the song used in one portion is the same as in "Baker Street: The Boys Are Back."