"… so distinguished a career and won a great prize lately …" [RESI] 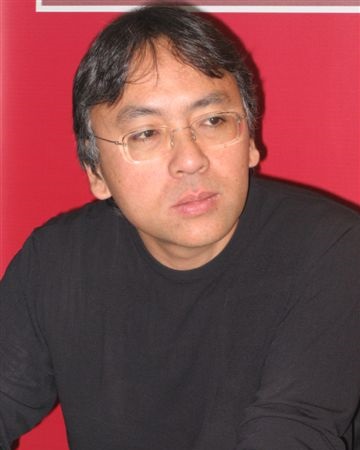 The English author Kazuo Ishiguro (The Remains of the Day, etc.) has been awarded the 2017 Nobel Prize in literature. And there is, of course, a Sherlockian connection.


Ishiguro was born 1954 in Nagasaki, Japan. Six years later, his family moved to Guildford in Surrey, England, when his father began research at the National Institute of Oceanography.


It was in Surrey young Ishiguro first discovered Sherlock Holmes. Before he found the Holmes books in the local library he had, like so many other young boys, hardly been reading books at all.

In a 2015 interview, Kazuo Ishiguro told a reporter from the New York Times:


"I was around 9 or 10, and I not only read obsessively about Holmes and Watson, I started to behave like them. I’d go to school and say things like: 'Pray, be seated' or 'That is most singular.' People at the time just put this down to my being Japanese."


Soon after, he began writing his own stories. He had previously created a James Bond type of spy called Mr. Senior, but when he got into Sherlock Holmes in a big way, he started writing a pastiche of a Victorian detective story, beginning with a client arriving and telling a long story. He went to a primary school where they were experimenting with modern teaching methods and there were no defined lessons.

In "The Art of Fiction No. 196" in the Paris Review, Ishiguro said:


"You wrote a bit, then you read each other's things, and you read out loud. […] But a lot of the energy went into decorating our books to look exactly like the paperbacks we saw in the shops, drawing bullet holes on the front and putting quotations from newspapers on the back."


This Sherlock Holmes-inspired primary school writing affected him as a writer later in life as well:


"It was good fun, and it made me think of stories as effortless things. I think that stayed with me. I've never been intimidated by the idea of having to make up a story. It's always been a relatively easy thing that people did in a relaxed environment."


Kazuo Ishiguro's favorite Sherlock Holmes story was – and still is – The Hound of the Baskervilles. "It was scary and gave me sleepless nights, but I suspect I was drawn to Conan Doyle’s world because, paradoxically, it was so very cozy", he said in the New York Times interview.

After his childhood Sherlock Holmes obsession, Kazuo Ishiguro stopped reading – he got interested in pop music instead – until his early twenties. His Holmes interest still exists, however, which he showed in a 2015 conversation with Neil Gaiman, published in the The New Statesman. After some comments made by Gaiman regarding Sherlock Holmes and copyright, Ishiguro said:


"Since Sherlock Holmes went out of copyright, certainly, he has started to mutate and evolve in a very energetic way. I don’t know if it would have been possible, for instance, to have the Cumberbatch modernised series, had it been under copyright. And Holmes is a very interesting example, I think, of a figure who’s mutated over the years and evolved."


Kazuo Ishiguro's interest in literary detectives can also be seen in his novel When We Were Orphans (2000), which introduces a famous detective called Christopher Banks, solving a mystery in Shanghai in the 1930s.