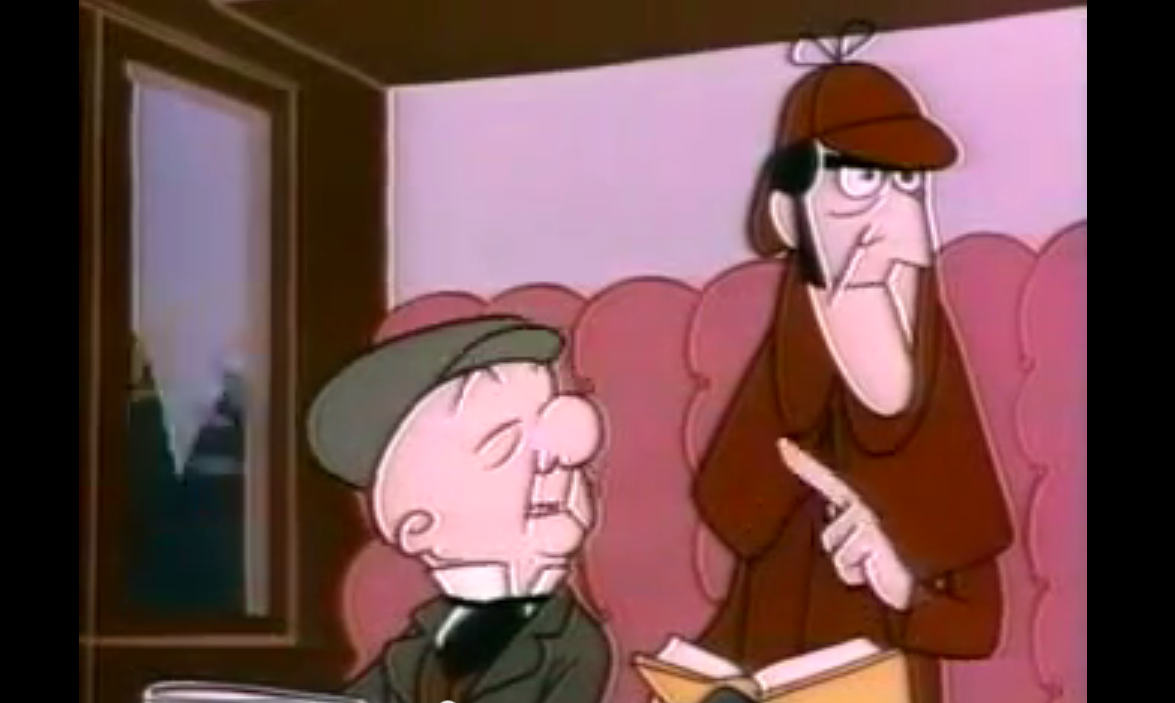 Modern audiences may not be familiar with Mr. Magoo. The wealthy, cantankerous, short and nearly blind cartoon character was created in 1949 and enjoyed a remarkable run in both short and feature length presentations, as well as on television.

In the 1960s, the television show began as The Famous Adventures of Mr. Magoo, which ran for 26 episodes. Episode 25 was "Mr. Magoo's Sherlock Holmes" and starred Jim Backus (as usual) as the voice of Magoo, who in this case took the role of Dr. Watson alongside Paul Frees as Sherlock Holmes.

The case is a clever little mystery that includes touches of a number of Sherlock Holmes stories, including The Sign of Four, "The Speckled Band," "The Musgrave Ritual," and "The Six Napoleons" to name a few. A young lady named Helen arrives at Baker Street worried that her stepfather is trying to steal her inheritance by harming her.

Watson and Holmes follow a set of clues that take them across London, but eventually concluding around the corner from 221B Baker Street at the "Marylebone Wax Museum" — obviously a stand-in for Madame Tussaud's.

It's a fun little show that's actually fairly faithful to the tenor of Conan Doyle's stories and even includes some original dialog and phrases from the Canon.

We initially had a YouTube link to "Mr. Magoo's Sherlock Holmes," but the account has been removed. Looks like you'll have to get the DVD from Amazon if you'd like to watch it. If you do, let us know if there are any other adventures that inspired this version.