Sherlock Holmes and The Adventure of the Primal Man — A Review

“I was left in doubt as to whether it was animal or human.” [WIST] 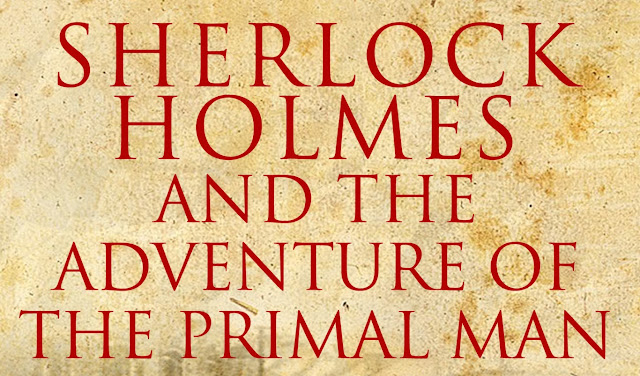 It’s summer of 1901, and a prehistoric man, frozen in ice, is up for auction in London. The British Museum is considering placing a bid, despite many opinions that the so-called Primal Man is a hoax. What’s a desperate academic to do to save the reputation of such an august institution?

Sherlock Holmes: The Adventure of the Primal Man

by Derrick Belanger is a lot of fun, with a lovely hint of pulp to flavor the mystery. For when there’s a potentially prehistoric creature involved, even the Great Detective would desire assistance from none other than Professor Challenger— er, I mean, Professor Ellington Dynamo, explorer, inventor, and Sherlock Holmes’s cousin.

The scenes with Dynamo, whom the introduction would have you believe is the ‘real’ figure behind the Challenger stories, are entertaining, though the inventions he demonstrates initially came across as a little steampunk. I was delighted to read in the notes afterward that they were based on actual devices that existed at the time. Dynamo himself is splendidly antagonistic toward everyone whose last name isn't Holmes; a brilliant mind in a brawler’s body, as he should be. His contribution to the mystery is small, and at first may seem colorful but superfluous. However, to paraphrase Chekhov, if there’s a rifle hanging on the wall, then by the end it must be used, and Mr. Belanger uses it perfectly at the climax.

The story takes place after The Great Hiatus, and there is one aspect of Holmes character that is oddly absent. No, it’s not just the cocaine. During his time in Tibet, Holmes apparently rid himself of all his vices, including alcohol and tobacco, though he’ll occasionally indulge on the rare celebratory occasion. If it hadn’t been mentioned, I probably wouldn’t have noticed Holmes wasn’t smoking. The story is paced well, and it’s hardly a three-pipe-problem. Since it is pointed out, though, I’m not sure I like it. This new philosophy on health makes sense, the author lays it out well, but Holmes and his pipe are so intrinsically tied together in my mind that it was really odd trying to imagine him intentionally staying away from it.

My only other very small point of contention is that at one point Watson uses the word ‘okay.’ While this isn’t anachronistic -- the word was in use at least in the States and likely across the pond —  it isn’t ever used in Canon and it’s jarring to hear it in Watson’s voice. 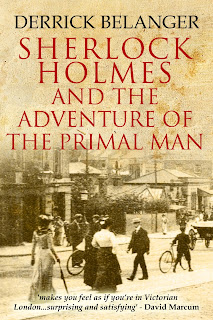 Apart from those two admittedly minor points, Holmes and Watson are at their Canonical best. Holmes gets to genuinely enjoy himself investigating and exposing a fraud, and it is so much fun watching Sherlock Holmes have fun. As the case takes a deadly turn, he leaps into action to track down a murderer, with Watson forever at his side. Watson tries to navigate the plot as best he can, reacting very much as the reader does with each new development (though he found his confrontation with Dynamo much less humorous than I did.)

Another character I must mention is Chief Inspector Lestrade. I loved his interactions with Holmes. His voice is spot on, whether in admirably contained righteous fury at seeing one of his men killed, or the genuine respect he holds for Holmes, a respect which Holmes also holds for him at this point in their careers. It’s great, and reminded me of their interactions in “The Six Napoleons.” This is what the author does particularly well, making good use of established characters, tapping into what made them so enjoyable in the first place.

Sherlock Holmes: The Adventure of the Primal Man is available on Amazon.