"His friend the lascar" [TWIS] 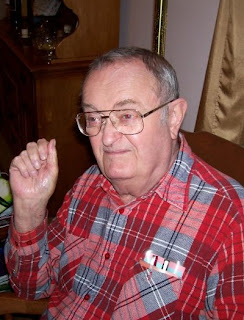 Editor's note: Brad Keefauver, BSI ("Winwood Reade") wrote this remembrance of his good friend Robert Burr, who passed beyond the Reichenbach on January 9, 2013.

On May 28, 1992, Bob Burr got a phone call from Tom Stix, the head of the Baker Street Irregulars at that time. Tom offered Bob the editorial reins of The Baker Street Journal. After talking to Philip Shreffler, who was ending his seven year run as the journal's editor, Bob decided a few days later, not to take the job.


To many of those who encountered Robert C. Burr, BSI ("The Rascally Lascar"), in various internet venues, the thought of Bob Burr being in at the helm of America's greatest Sherlockian publishing legacy has to seem a little insane at best. His persistence in horrible jokes, non-politically correct comments, and terse, often sharp reactions annoyed more than a few, and got him kicked off of the Hounds of the Internet more often than any other. But the internet Burr of later years was only one part of that complex fellow who was also a great host, a steadfast scion leader, and a careful perfectionist when it came to the written word.  He died on January 9, 2013, in Peoria, Illinois, at age 82.


The simple facts on Bob are these, as he wrote them up for his obituary himself:

As always, Bob left out a lot. In the 1960s, he was the local chairman of NICAP (the National Investigations Committee on Aerial Phenomena), looking into UFO sightings. In 1977, after waiting almost two years for local science fiction author (and Bob's neighbor) Philip Jose Farmer to start a promised scion society, Bob called the first meeting of Peoria's Hansoms of John Clayton and held it at his home. He published the society's lively monthly newsletter, Plugs & Dottles, from 1978 to 1998. Beginning in 1981, the club's triennial journal, Wheelwrightings, was was of the few scion journals to be typeset in the days before desktop publishing, a luxury that Bob quietly paid out of his own pocket. He took over that journal's editorship in 1983 and held those reins until its final issue in January 1992. When offered the BSJ editorship a few months later, he was not ready to end his editorial retirement for that even greater responsibility, which his sense of perfectionism would have made him work doubly hard on. In 2011, a collection of pun-filled tales he had printed over the years was published, in book form with the help of Philip K. Jones, under the title The Punishment of Sherlock Holmes.


Bob Burr was invested in the Baker Street Irregulars in 1987, having never attended an official BSI dinner nor attending any after that, except for the appearance of a life-sized photo of him (lovingly nicknamed "Robbie") in the photo of the 1989 dinner. An attempt to collect for that attendance was made by Tom Stix, as well as chastising him for wearing a flannel shirt to such a formal affair. Even though he did make it to a few midwestern Sherlockian conferences of note, Bob was well known for not leaving Peoria, Illinois. He still managed to touch a lot of lives.


Feel free to leave your own memory of Bob here.