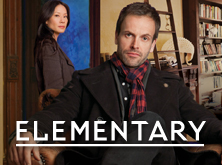 As you're no doubt aware, the CBS show Elementary airs at 10 p.m. on Thursdays beginning on September 27 (the day this post went live). We've covered the show previously, from breaking news to an analysis to what it might be. And of course, the program has generated its share of controversy as well as assumptions about the quality of the representation of Sherlock Holmes.

But today, we're honored to be joined by Rob Doherty, the executive producer and writer of Elementary. Rob has a solid CV when it comes to television writing and production. His credits include Star Trek: Voyager, Point Pleasant, Medium and Ringer, to name a few. We had an opportunity to sit down with him and briefly put some questions to him that we thought you might have on your mind as well.

If there are additional questions that you think we should have asked, let us know! We may have an opportunity to host Rob on an episode of the podcast at some point in the future.

Q1: When did you first get the idea to bring Sherlock Holmes to an American audience via a weekly program? Was it a collaborative effort?
Very much a collaborative effort. The notion of Sherlock in contemporary New York came from my fellow executive producer Carl Beverly. I ran with it. Decided to embrace Sherlock's history with narcotics to tell the story of a Holmes who had bottomed out and was now in a state of repair. Always loved the idea of Sherlock needing to fix himself and (eventually) finding a proper "rock" in Watson.

Q3: Do you see any parallels to other shows that have used Sherlock Holmes as an inspiration (House, Monk, etc.)?
I see parallels everywhere -- in films, shows, books, comics, what-have-you. Sherlock was the tree; most every other fictional detective (over the last century or so) is a branch. In my very humble opinion, of course. 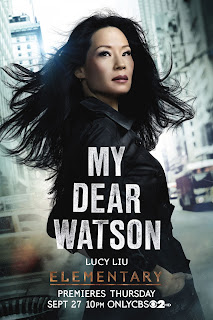 Q4: What was the rationale for making Watson a female character? Is there any danger of a romance with Holmes?
No rationale per se. I came across a psychological assessment of the original Holmes that spoke to his "aversion" to women and labeled him a "gynophobe." My first thought was: Watson -- his rock -- should be a woman. What would make a gynophobic Holmes more insane? It started as a joke... but I kept coming back to it. Kept asking myself, "What would it really change? Should it really change anything?" The answers (God willing) will present themselves in time. Re: the danger of romantic entanglements... No. Not happening.

Q5: How much material from the original stories did you use as an inspiration for this series?
We lean more heavily on the mythology than we do the cases. The cases were brilliant, but -- at least for now -- we want to try to come up with our own.

Q6: Many pundits have remarked at the close timing to and modern setting as the BBC's "Sherlock." How do you hope American audiences receive and think about your series with respect to the competition?
I think it's only natural for the pundits to... um... pundit. And yet... as a wise man once said... it's a capital mistake to theorize before one has data. Insensibly one begins to twist facts to suit theories, instead of theories to suit facts. Or words to that effect. We hope that any and all who might have reservations about our little project will give us a chance.

Truth is, Holmes is everywhere these days, and so it's only natural to compare one interpretation with another. I've felt from the start that if you're not ready for comparisons, you shouldn't wade too deeply into the Sherlockian pool. It comes with the territory.

Far as our "competition" goes... that would be ABC's Scandal and NBC's Rock Center. At least in the States. I know there are many (many!) who would like some sort of Elementary / Sherlock throwdown... but it just isn't going to happen. Sherlock is an utterly brilliant show. Steven Moffat and Mark Gatiss are utterly brilliant writers. Benedict Cumberbatch and Martin Freeman are... well, you get the drift. Both shows are delivery systems for Holmes and Watson. 'Nuff said, end of story. I'd like to think that the true fan -- American or otherwise -- can enjoy us both.

Q7: Any words for the die hard Sherlockians out there?
We hope to do right by you.


When you make purchases from the links we share, it provides us with a stream of revenue to help keep this site running. Thank you for your generosity.
--
9/27/2012 02:21:00 PM
blog, CBS Elementary, Jonny Lee Miller, News