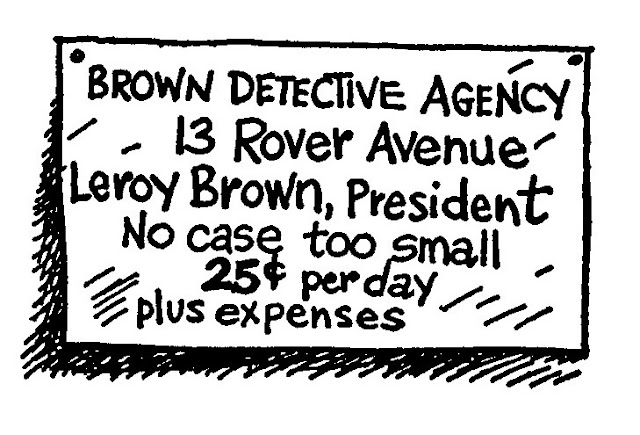 Donald J. Sobol died on July 11 of natural causes at age 87. He was the author of over two dozen Encyclopedia Brown mysteries. The small seaside town of Idaville was the same as any other small town except in one respect, fifth-grader Leroy Brown. Leroy's head was so crammed full of facts he was nicknamed "Encyclopedia". Encyclopedia used his brain power to help the neighborhood kids and his police chief father to solve mysteries. He was, in fact "America's Sherlock Holmes in sneakers". With his partner in his detective agency, Sally Kimball--the prettiest and toughest girl in the fifth grade--Encyclopedia charged kids 25 cents to help them with their problems. Encyclopedia's nemesis was an older kid named Bugs Meany.

The first book in the series was Encyclopedia Brown Boy Detective published in 1963 and the series has continued for almost fifty years. Millions of copies are in print and they have been translated into twelve languages. Part of their charm is Sobol’s breezy and witty writing style. Here from “The Case of the Missing Garlic Bread”:

I discovered Sobol's works before Conan Doyle's. The mysteries were of the solve-them-yourself type, forcing the reader to match wits with Encyclopedia before turning to the back of the book for the solution. While written for kids, Sobol was a master at hiding the clue in plain sight. My love of the mystery genre started there. One could say that Sobol's use of the classic Holmesian tropes, the brilliant detective and his partner, his faculty with arcane knowledge, the colorful clients and villains, primed me for when I first encountered Holmes in The Hound of the Baskervilles in the sixth grade.

. In it, Idaville will be as it always was, with beautiful beaches, churches, a synagogue, a movie theatre, two delicatessens and four banks. Chief Brown will come home with an insoluble problem and Encyclopedia, while listening at the dinner table with his eyes closed, will ask the Chief the one question that will solve the case. Bugs Meany will plot his revenge against Encyclopedia and Sally will be there to protect him.

The neighborhood kids will continue to arrive at the family garage at 13 Rover Avenue, plunk down a quarter on the empty gas can, and ask Encyclopedia's advice on Wilford Wiggins’ latest get-rich-quick scheme. And I continue to read them. I'm also not ashamed to say that America's Sherlock Holmes in sneakers can still at times beat me to the solution. That's as it should be.