"I Am Now About to Summarize" [ENGR] 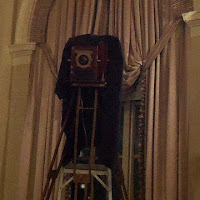 As we bid farewell to 2011, we thought it was only appropriate to take a look back at how our little site progressed throughout the year. We offer you, dear reader, this snapshot of activity on the Baker Street Blog and hope that you find it useful. This was a year of growth and change, and our aim is to continue to bring you the best of the news of Sherlock Holmes and popular culture.

A note about the image to the left: for those of you not familiar, that is the state of the art photographic technology that's traditionally used at the BSI Dinner.

Now then. Let's look at a few areas of interest and see if we can make anything of it all. We're looking forward to receiving your feedback in the form of emails and comments.

"There Are the Numbers" [SILV]
By the numbers, this was a particularly successful year. In the seven years that the Baker Street Blog has been in existence, 2011 marks our third most productive year in terms of the number of posts. As you can see if you're viewing this on bakerstreetblog.com, the section in the far right sidebar titled "File It In Our Archives" [RETI] contains a count of how many posts we've made each year. The total for this year stands at 109 posts, following 2006 and 2007 at 144 and 152, respectively. And early in the year we reached our 500th post - a testament to our commitment and the longevity of this subject. We encourage you to browse through the archives by title, date or by label - each post we make is labeled with an appropriate category so you can find all of the same types of articles grouped together by using the label function under "Some Other Topic" [BERY] just above the archives function.

In addition to what we created, it's also helpful to note your contributions as well. You left some 200 comments throughout the course of the year. Every post here contains a comment section. We absolutely love hearing from you, whether it's a debate, an affirmation, additional information or anything else. It adds to our dialog.

Off the site, we also saw some growth as well. Both the Sherlock Holmes Social Network and the Baker Street Blog Facebook page experienced a boost in participants, with over 770 members at the SHSN and over 700 on Facebook. We also established a Google+ page as that nascent social network is taking off. And our Twitter account (@BakerStreetBlog) continues its upward trajectory with some 2,300 followers. All of these sites, as well as our RSS and email service, are designed to alert you of updates to the site and other interesting content. If you haven't connected with us on any of those platforms yet, we recommend you choose one that appeals to you and do so.


"The Constable's Features Broadened" [STUD]
We're very proud to have been able to expand some of the features we offer here on the site in 2011. If you're reading this in email or an RSS reader, we recommend clicking through to the site to see these features in context. 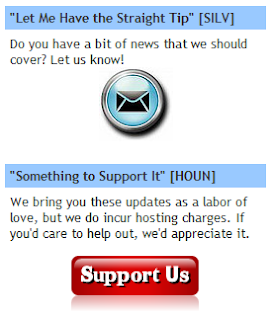 "It Was Up at the Top" [SIGN]
If you direct your attention to the top of the page, you'll find that we added some navigation regarding the basics of the site. These are items that either previously did not exist or that were jumbled in the sidebar areas.


"Contributed to the Literature of the Subject" [REDH]
The expansion of the site has been much more than the features. In 2011, we also expanded our writing staff. Traditionally, this effort was the work of a single person. In March, we announced that we were expanding the authorship of the site, opening it up to contributors who had an interest in a variety of topics related to Sherlock Holmes. Approximately 1/3 of our posts this year were from contributors - people like Gordon (entertainment - movies, comics, theatre, television), Jill (imbibables, gaming), Francine (terrace), Steve ("Dummies"), Athenae (historical), Kate (general), Jennifer (historical), Marc (general), Ann (books) and Jacquelynn (Undershaw). We're always looking for more; if you have an idea or would like to contribute, please click here.

A few highlights from our contributors:

So that wraps up 2011 for the Baker Street Blog. It was a great year for us; what did you think? We're looking forward to continuing to provide this service to the Sherlockian world in 2012 and look forward to your suggestions, feedback and tips.