“Those Shots Must Have Told Him that the Game was Up.” [HOUN] 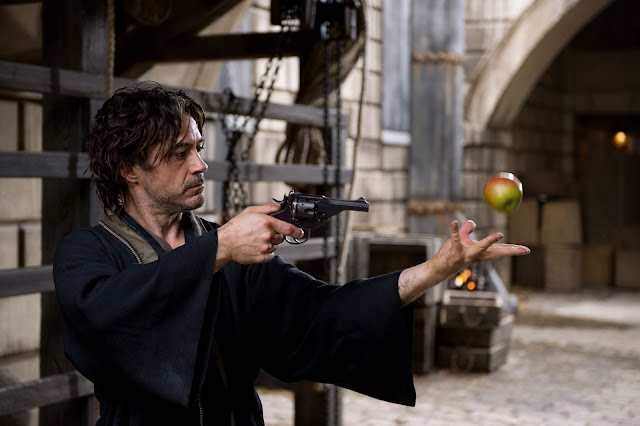 Editor's note: this is another review in our continuing series from our contributors. If you would like to contribute to the site, please click here.

It has been three years since the original Guy Ritchie reboot of the Sherlock Holmes film franchise. At the time, Holmes hadn't been seen on the big screen in years, and excitement for this new take on the classic character was huge. We were promised a faster, rougher Holmes from the director of Snatch and Lock Stock & Two Smoking Barrels, and that’s exactly what we got. The best part? It was fun, if not exactly true to the original characters and tales as told by Sir Arthur Conan Doyle.

Sherlock Holmes: A Game of Shadows opened this weekend to a substantially different reception. While the original film brought in over $60 million it’s first weekend, GAME barely topped out at $40 million. Were we all just tired of waiting three years to see more of Robert Downey Jr. as Holmes? Or have we seen all that Ritchie had to offer and just don’t feel the need to pay to see any more?

Part of this reviewer’s personal apathy towards seeing the film was the fact that, yes, I enjoyed seeing the original Sherlock Holmes for Christmas in 2009, but that’s before the BBC television series, Sherlock, had aired. Seeing Benedict Cumberbatch and Martin Freeman embody the fully-modernized Holmes and Watson in Mark Gatiss and Stephen Moffat’s three episode series is everything you hoped the big-budget Ritchie film would be: clever, exciting, and extremely well done. If Sherlock didn’t exist as a series, then maybe, just maybe, GAME wouldn’t have disappointed quite as much as it did. 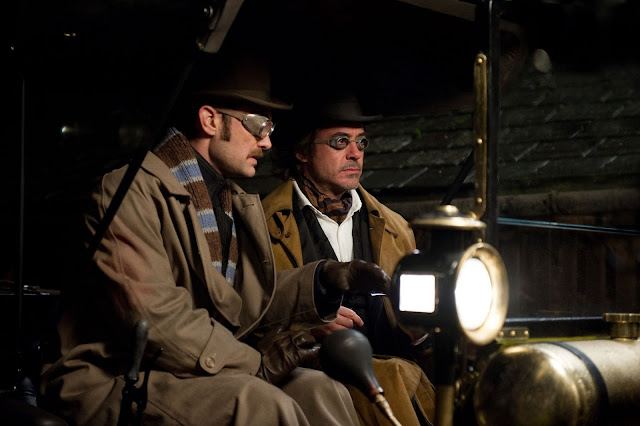 Sherlock Holmes: A Game of Shadows finds Watson (the handsomely-mustachioed Jude Law) about to marry, and Holmes teetering on the edge of psychosis. Is Holmes manic, has he lost his edge? the film seems to ask. The film never misses a moment of making Holmes seem, well, incredibly ridiculous—whether he is downing a glass of formaldehyde rather than brandy, or trotting along on a tiny pony while everyone else rushes by on their full-sized horses. If the filmmaker’s objective was to make Holmes look downright silly, rather than classically brilliant, or even heroic, then consider this movie a success.

The film is much more an action film than a well-written mystery, centering around the machinations of Holmes’ latest obsession, Professor James Moriarty (Jared Harris, whom Americans will recognize from the AMC series Mad Men). Perhaps unsurprisingly, the climax happens at Reichenbach Falls in Switzerland, which is not an incredibly exciting plot point to anyone who knows anything about the canon of Holmes stories.

That being said, there were some very beautiful shots in the film. The scene with Holmes, Watson, and their gypsy companion, played by Noomi Rapace, running through the woods while under heavy artillery fire leaps to mind. My viewing companion (not a Holmes aficionado) enjoyed the film very much, so I believe it stands on its own as an enjoyable time at the movies. I can’t help my reservations at recommending the film, though. Any movie that sets out to make the Great Detective seem silly overall is doing the legacy quite an injustice.

Word is that the green light has been given to a third film as well, so we’ll just have to endure more action-packed ridiculousness from the Ritchie group. All of this Hollywood Holmes stuff just leaves me wondering, ‘When does the BBC “Sherlock” air in the US?’ This reviewer is ready to see some really taut storytelling and acting as befits the great Sherlock Holmes.

Jill Brumer is a small business owner, college drama professor, and all around creative type who has lived all over the States. She has her father to thank for purchasing her first Sherlock Holmes story when she was twelve years old- the fascination has never stopped!--