Holmes for the Holidays Comes to Cleveland

"have you sent to Cleveland?" [STUD] 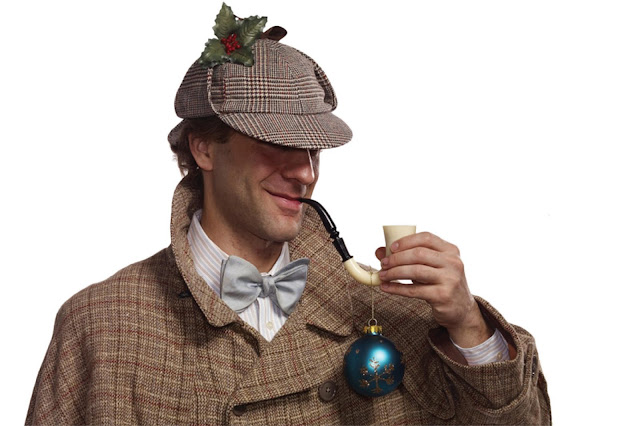 If you happen to be in the Cleveland, Ohio area this fall, you might want to check out what's happening at the Cleveland Playhouse. From November 25 - December 18, the troupe will be presenting The Game's Afoot - or, Holmes for the Holidays, written by Ken Ludwig and starring Aaron Posner.

The city of Cleveland made only one appearance in the Sherlock Holmes stories: it was listed on Enoch J. Drebber's business card in A Study in Scarlet. But in this case, it plays home to an important event - the world premiere of Ken Ludwig's play.


Acclaimed actor of the 1930s, William Gillette, invites his Sherlock Holmes co-stars to his eccentric Connecticut mansion for a Christmas Eve celebration. When one of the guests is murdered, Gillette employs the persona of the master detective he’s made famous on the stage. A murder mystery comedy from the author of Lend Me A Tenor.

If you're planning to be in the area, we're certain that this will prove to be an evening of fun that will tickle your Sherlockian funny bone.