Family Guy and The Simspons Do Sherlock Holmes 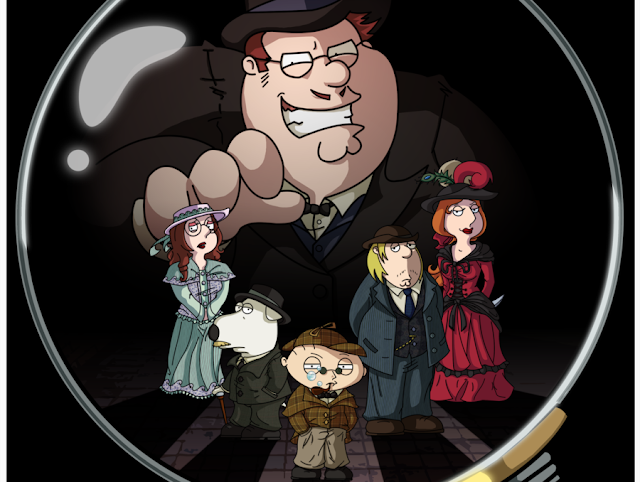 The refrain "I hear of Sherlock everywhere" was first muttered by Sherlock Holmes's elder brother Mycroft, who possessed the deductive faculty to an even greater degree than his younger sibling.

And while it may be that we do in fact hear of Sherlock everywhere these days, thanks to a resurgence of interest in the character and with new works on television, screen and on the printed page, there are other areas we can point to as well.

In this case it would be in fan-generated art. And when you have a fan who combines two interests, the result can be fascinating, macabre or even fun. In this case, it's definitely the case of fun, as LaLunatique from DeviantArt.com has created a Family Guy

version of Sherlock Holmes characters. You can see the original Family Guy artwork here. If you're not familiar with the show, pop over to Hulu and check it out, or click on the Amazon links to purchase a copy for yourself (disclosure: I earn money when you buy through my links).

This is not the first association between Family Guy and Sherlock Holmes. In November 2009, Warner Bros stepped up as the main sponsor for Family Guy Presents: Seth and Alex's Almost Live Comedy Show, which featured the latest trailer for Sherlock Holmes 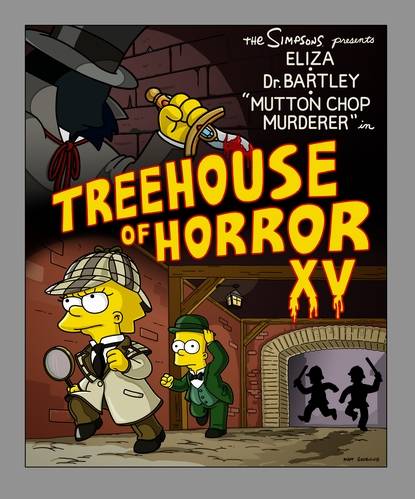 We're delighted to see the inspired casting for the Griffin family. We'd be even more thrilled to see it brought to the small screen, as the Simpsons did in the Treehouse of Horror XV episode "Four Beheadings and a Funeral," featuring Lisa as Eliza Simpson and Bart as Dr. Bartley. The plot concerned the Mutton-Chop Murderer, who was killing prostitutes; it also included such gems as eel pie, steampunk and an opium den. Not yet available for purchase on DVD, it was part of Season 16.


Please consider visiting our sponsors (in the right column and footer of the site) from time to time. It helps defray the costs associated with running this site.