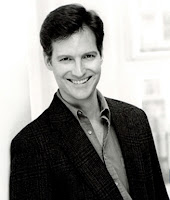 Friend and fellow Irregular Paul Singleton ("Covent Garden") does his fair share of acting. With letters like SAG, AFTRA and AEA after his name, he's obviously serious about it. He even has a web site to prove it.

If you've ever been to the BSI Weekend festivities and attended the Gillette Luncheon, you will have seen Paul performing after the meal, usually with some combination of Andrew Joffee, Sarah Montague and Elyse Locurto. And occasionally I get notices from Paul about his theater appearances in New York.

Paul just sent an announcement about an evening of O. Henry and Sherlock Holmes:

I have no doubt that this will be an excellent show, as Andrew's works are always engaging and entertaining, and Paul's performances are thorough, accurate and believable. In preparation for the production, the company is holding an event:

A Fundraising Party For the upcoming production of The Blue Carbuncle & The Gift of the Magi
(Two great stories, rooted in the Holiday season, with music)

And don't forget the music & entertainment: a scene from The Blue Carbuncle, design presentations

Raffle: Free tickets to the show and other prizes!
Rub elbows with the actors, designers & director!
Special visit from Sherlock Holmes!

Sounds like a great opportunity to hob-nob with some glitterati of the Sherlockian stage.
10/14/2007 12:01:00 AM
blog, events, News, Sherlockians, theatre