"there is this naturalist" [HOUN] 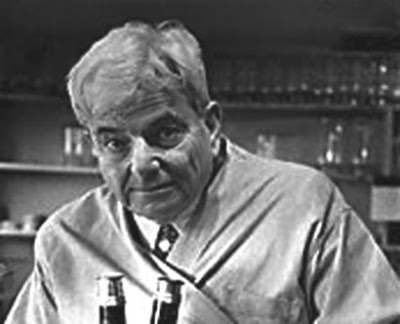 The history of the San Diego Natural History Museum is rich and deep, as it is the oldest scientific institution in southern California and only the second oldest west of the Mississippi River. It is even more interesting to us because it contains a Sherlockian connection.

One of the museum's major historical leaders was an amateur naturalist, Dr. Laurence M. Klauber, who had a wide variety of interests. Although he became CEO of San Diego Gas & Electric, his passion fueled his hobbies - two of which intersected for an interesting outcome.

You see, Dr. Klauber was a herpetologist — a person who makes a study of snakes. He wrote over 100 papers on snakes and lizards, identified 53 species and left a collection of more than 36,000 reptile and amphibian specimens to the museum. In addition, he was an inveterate collector and bibliophile who amassed 1462 books, 19,000 pamphlets, 20 drawers of hand-written catalog cards, and 198 looseleaf binders of scientific notes related to snakes.

Naturally, a bookman with an interest in snakes can only lead to one story: The Adventure of the Speckled Band. It was this combination of interests that led Dr. Klauber to write an article for Vol. 3, No. 2 of the Baker Street Journal in 1948, called "The Truth About the Speckled Band". You can click on the link and read it for yourself.