"that's my reading of the first half" [VALL] 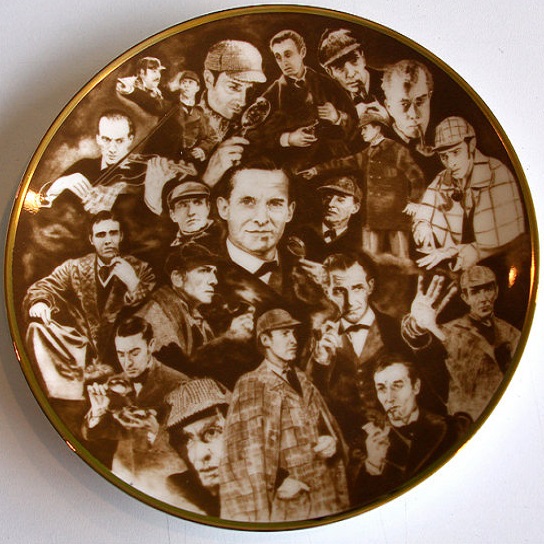 Every Sherlockian we have met (and we tend to "work a room" pretty effectively at events) has his or her personal favorite Holmes and Watson pairing from the silver screen or small screen. And invariably, I find that the emotional attachment is linked to a first exposure to Holmes.

For example, there are many Sherlockians - of varying generations - who first discovered the Holmes of the screen through Basil Rathbone

and will not be swayed from thinking that he is the best Holmes to occupy celluloid. There are equally staunch supporters in the Jeremy Brett

The more dedicated and studied Sherlockians who follow one-time appearances, rarely-seen footage, or actors of less acclaim may have other favorites such as Arthur Wontner,

By way of reference, Sherlockian Bob Byrne runs a site called Sherlock Holmes on Oxford Lane, in which he has two pages of note related to the topic here:
Do you have a favorite that we've missed here? Feel free to leave a comment. And stay tuned for Part 2 of this thread, in which we'll discuss another angle on favorites.

Don't forget the radio, Scott! My first exposure to the Canon - outside the books, I mean - was in the BBC radio plays starring Carleton Hobbs and Norman Shelley. (I didn't see or hear Rathbone and Bruce until much later.) Even though I now think that Shelley sounds too old for Watson, to a great extent theirs remain the voices by which I judge all other Holmeses and Watsons.

Well done, Roger! You've successfully guessed the topic of Part 2 of the post. Stay tuned for my perspective and some links.