"Wearing Away Before My Eyes" [DANC]

"wearing away before my eyes" [DANC] 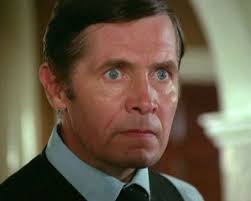 Actor Derek Waring has passed away.

Known mostly for the comedy series Moody & Pegg and his work on the stage, he has a few connections to the world of Sherlock Holmes. He played Henri Fournaye in the BBC TV production of "The Second Stain" with Peter Cushing. He played Dr. Watson in Leslie Bricusse's short-lived "Sherlock Holmes - The Musical."

And, most interestingly, his daughter, Amanda Waring, played Violet Westbury in the Granada production of The Bruce Partington Plans

His obituary is available from Independent Online.