Letter of Support for Undershaw 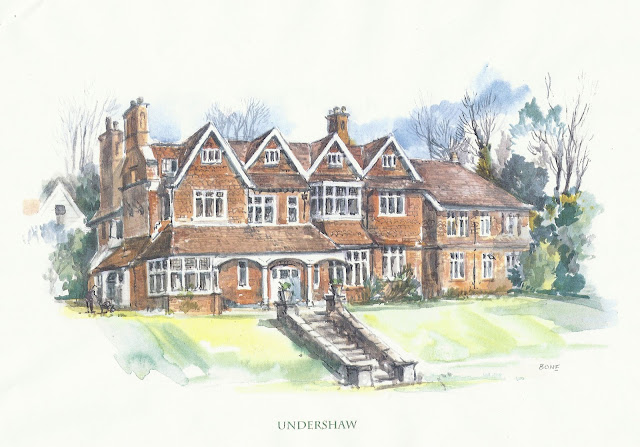 Below we have reproduced in full the letter that appeared in the July 17 issue of The Guardian. We do so because we have been following the Undershaw drama, and because the undersigned are largely all members of the Baker Street Irregulars.

"We write in support of the Victorian Society's appeal to English Heritage to raise the listed status of Arthur Conan Doyle's house Undershaw in Hindhead, Surrey, to Grade I (Sherlock Holmes and the case of the property developers, July 8).
"Representing the worldwide interest in Conan Doyle and Sherlock Holmes, we recognise that even though the recent application for listed building consent has been withdrawn, the house still desperately needs the protection that the higher grading will bring.
"In 1895 Conan Doyle believed that his wife's tuberculosis meant a nomadic existence in foreign health resorts. But when he learned of the dry air and sheltered conditions of Hindhead, he built a remarkable home there.
"Those years at Undershaw were among Conan Doyle's most productive. Sherlock Holmes, killed off in 1893, was restored to life, and many other stories and novels were written there, including Sir Nigel, which he considered his literary high point. He involved himself in public issues, and stood for parliament twice. He served as a volunteer army surgeon in South Africa during the Boer war, and wrote both a history of it and an internationally circulated pamphlet defending Britain's cause. He became deputy lieutenant of Surrey, and took an active role in the local golf club and in the Chiddingfold Hunt. He championed the cause of George Edalji, who was falsely imprisoned for animal mutilation (the subject of Julian Barnes's recent novel Arthur & George).
"The many distinguished visitors to Undershaw included the writers James Barrie and Bram Stoker, the artist Sidney Paget, the cricketers Albert Trott and Frederic Meyrick-Jones, and even Field Marshal Lord Roberts, hero of Afghanistan and commander of British forces in the Boer war.
"Conan Doyle's house is an obvious memorial to his achievements, and we believe it would be an indictment of British interest in its own heritage if the building's integrity were to be destroyed."
Guy Marriott
The Sherlock Holmes Society of London
Michael Whelan
The Baker Street Irregulars (US)
Christopher Roden
The Arthur Conan Doyle Society
Steven Rothman
The Baker Street Journal (US)
Roger Johnson
The Sherlock Holmes Journal
Christopher Redmond
Sherlockian.Net
Jon Lellenberg
US representative of the Conan Doyle Estate
Daniel Stashower
author, Teller of Tales: The Life of Arthur Conan Doyle