“You will excuse a certain abstraction of mind” [CREE]

If there's one thing that plagues every writer from time to time, it's writer's block. That is, the inability to create something due to a lack of ideas, or an inability to proceed.

When counseling others in this regard, some writers offer the helpful advice: "Just write something!" The notion is that, through the process of typing away in a stream of consciousness, the block will lift.

When one considers that Conan Doyle wrote 60 Sherlock Holmes stories (that's four novels and 56 short stories, for you folks following along at home), and that most of them had unique plots (we'll forgive him the similarities between "The Red-Headed League" and "The Three Garridebs" as one example), he did remarkably well.

We're up to the 40th installment of Baker Street Elementary, and now have our greatest challenge to date. The Fay-Masons are determined to stump the band. And we nearly succumbed as well. As Neil Gibson said to Holmes in "The Problem of Thor Bridge,"


“I have broken stronger men than you. No man ever crossed me and was the better for it.”

And we take great pride in responding as Sherlock Holmes did:


“So many have said so, and yet here I am,” said Holmes, smiling.


Onward, to the creative grounds of Baker Street Elementary we go... 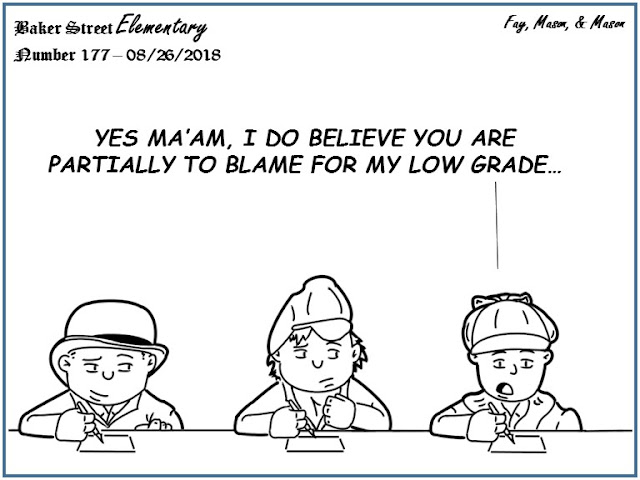 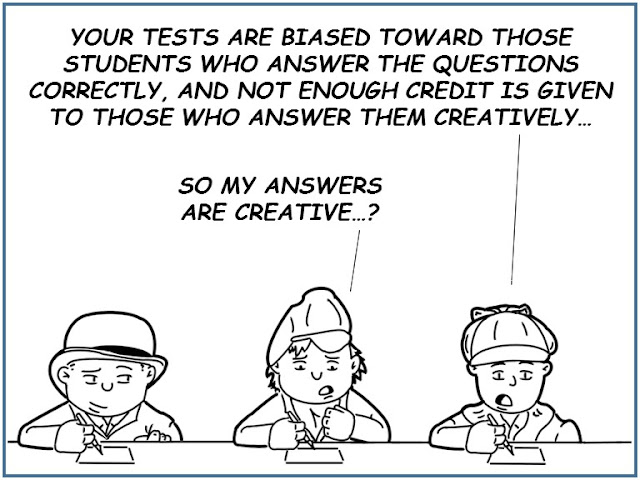