How to Attend the Daintiest Thing Charity Ball

"the daintiest thing under a bonnet" [SCAN] 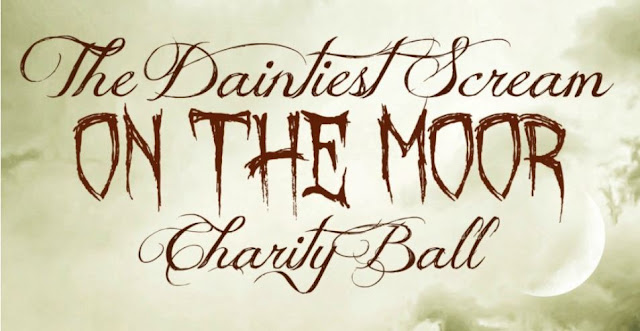 The BSI (and Friends) Weekend has been happening in one form or another since 1934. But one of the more recent additions to the already bulging lineup of food, friends and festivities is the annual Baker Street Babes charity ball. We'd like to give you a little background about the event, let you know how you can purchase tickets, and bring you up to speed on the tickets we have to give away.

Since its first inception six years ago, the ball has included the phrase "the daintiest," as an homage to Holmes referring to Irene Adler as "the daintiest thing under a bonnet on this planet" in "A Scandal in Bohemia." Each year, the theme of the ball is cleverly updated (including an invitation for attendees to attire themselves in a creative way, reflecting the theme). To date, we've seen the following iterations: 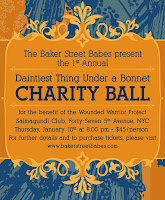 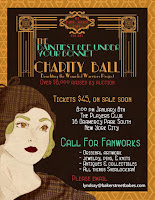 And the theme for the sixth annual charity ball is The Daintiest Scream on the Moor, slated to be held on Thursday, January 11, 2018. It's something you should put on your calendar—and we'll give you a few reasons why. 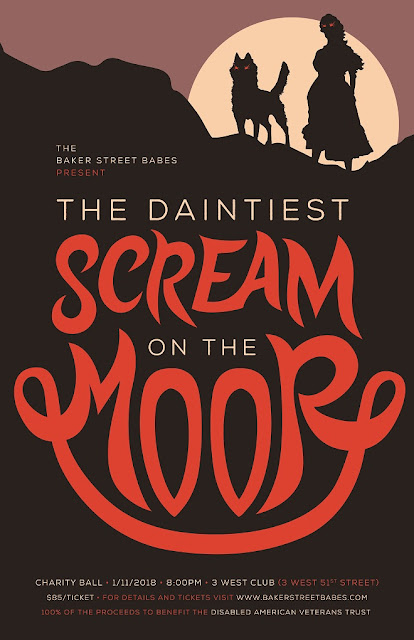 The first is that you'll be surrounded by plenty of like-minded people, who enjoy Sherlock Holmes, food, drink, and goodies. The second is those goodies include items that will be up for auction (silent and otherwise). This year, auction items include a postcard in Sir Arthur Conan Doyle's handwriting on his stationery from Chris Redmond, a William Gillette oil portrait from Chuck Kovacic, a handmade 221B replica from Jacquelynn Morris, and original art from Bonnie MacBird.

But more importantly, the proceeds from the evening's festivities, as always, will be donated to the Disabled American Veterans Trust, to help former servicemen and women in need. To date, the Baker Street Babes charity balls have raised over $31,000 for the Trust, and they're looking to continue in that fine tradition.

So do yourselves (and the DAV) a favor and plan on attending this event.

Attend the event as our guest

You probably thought we forgot all about the tickets we mentioned that we're giving away. Fear not! If you become a patron of I Hear of Sherlock Everywhere at the $5 level or greater between now and January 6, you may be eligible to receive one of three tickets to the event. That's an $85 ticket to thank you for supporting us on Patreon.

Here's how it works: click on the orange button below or visit patreon.com/ihearofsherlock and follow the instructions on how to become a regular supporter of IHOSE. Only new patrons are eligible; tickets available on a first-come, first-served basis.