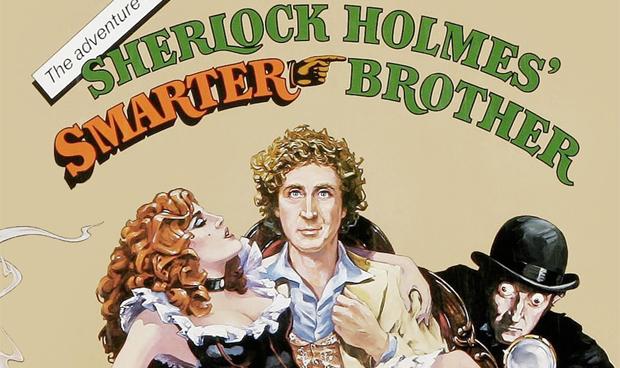 Gene Wilder has passed away at the age of 83, according to Variety.

He was a legendary comedic actor, and his roles took him from the ridiculous (Leo Bloom in Mel Brooks' film The Producers) to the sublime (the lead in Willy Wonka and the Chocolate Factory). His association with Mr. Brooks spanned such other comedies as Blazing Saddles and Young Frankenstein, which have both reached legendary status.

The success of those films led Wilder to write and direct his own, including the less-than-acclaimed The Adventure of Sherlock Holmes' Smarter Brother in 1975. In this spoof, he starred as Sigerson Holmes, the youngest of the three Holmes brothers, who was eternally jealous of Sherlock's success. Marty Feldman co-starred as Orville Sacker (an homage to Ormond Sacker, the original name Sir Arthur Conan Doyle planned to give Watson). They met under the following circumstances:


It's not the greatest of Sherlock Holmes films — not by a long shot — but it's one in the pantheon of hundreds of movies about the great detective. And it's the one through which Gene Wilder left his mark (and his passing knowledge of the Canon, incidentally).

The film also starred Madeline Kahn and Dom Deluise, with Leo McKern as Professor Moriarty. Nicholas Smith of Are You Being Served? fame appeared as the landlord, and passed away last December.
And of course, Thorley Walters and Douglas Wilmer made cameo appearances as Dr. Watson and Sherlock Holmes. We also remembered Wilmer after he passed away earlier this year.

With Wilder's death, all of the principal actors in Sherlock Holmes' Smarter Brother have now left the stage.