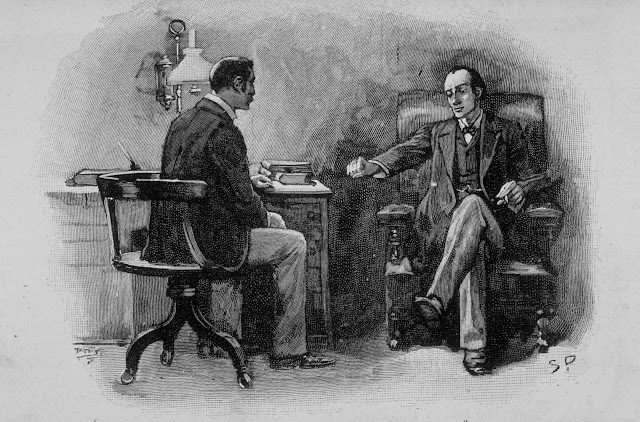 Today, August 7, is National Friendship Day in the United States. In 1935, Congress designated the first Sunday in August as Friendship day via a formal proclamation. Since that time, Americans (and Hallmark) have been celebrating friendship.

If you're familiar with Christopher Morley, the bookman, author and founder of the Baker Street Irregulars, you may recall that he wrote an analysis of some of the Sherlock Holmes stories called Sherlock Holmes and Dr. Watson: A Textbook of Friendship

. In it, he described the tales: "The saga of Holmes and Watson endures as a unique portrait of a friendship..."

And we Sherlockians who gather together in various settings across the world, find ourselves drawn together because of the love of the age gone by and the storytelling ability of Conan Doyle, but we ourselves eventually succumb to the real lure of of the stories: fellowship and friendship.

One eminent Sherlockian — our apologies; we can't remember who — once said, "It all began with Sherlock Holmes. But it ended in friendship."

We couldn't agree more. We leave you with Episode 28: Friendship from our show.