"I've no doubt it was well stage-managed." [VALL] 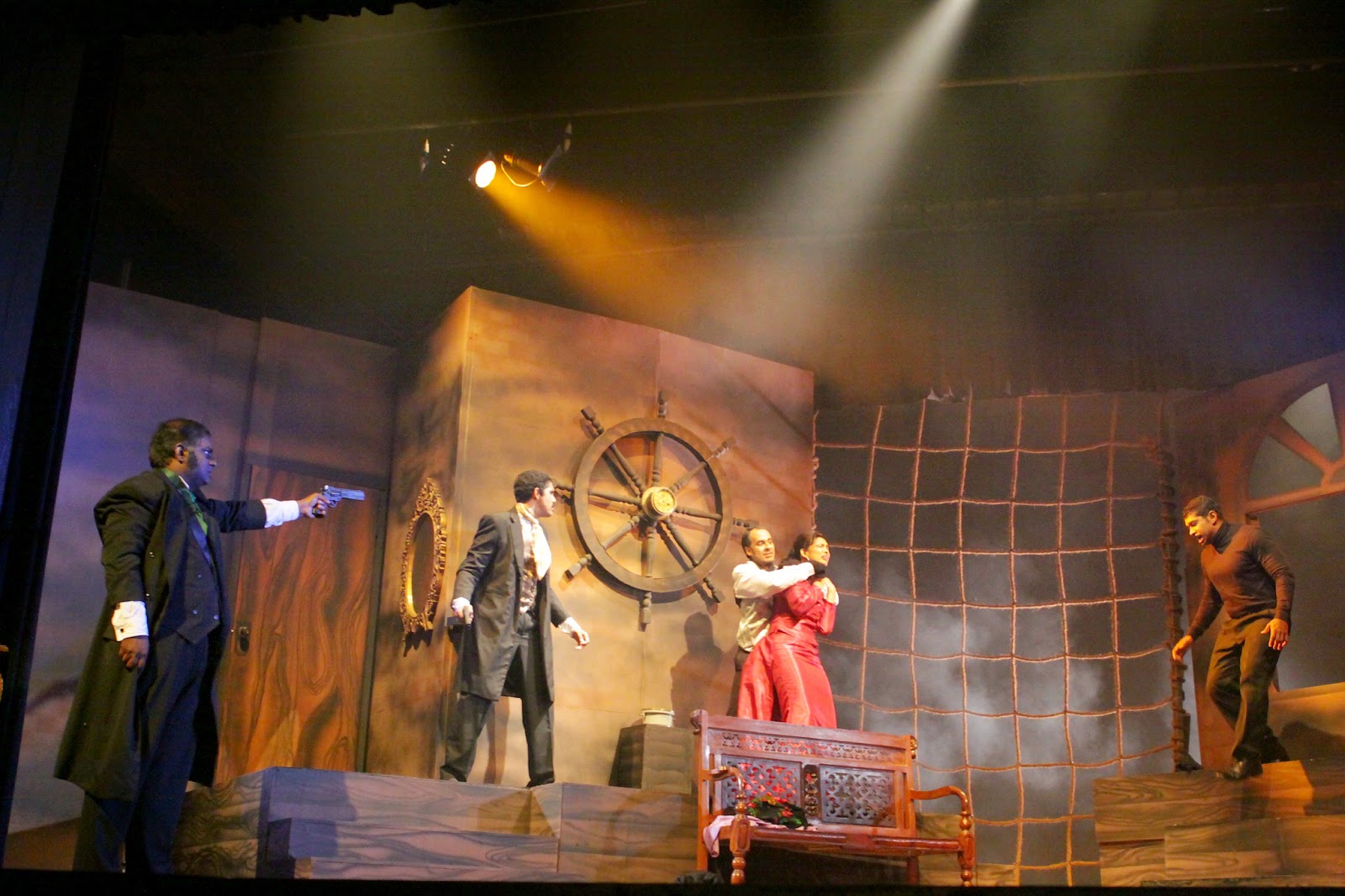 If you don't subscribe to Scuttlebutt from the Spermaceti Press, the fine newsletter from Peter Blau, then you may be missing out on a number of Sherlockian tidbits.

For example, in the latest issue (Sep 14), there is a wonderful roundup of a number of Sherlock Holmes plays that are being staged across the world. Here's a quick listing of them, with links to the theaters.

The Red Monkey Theater Group will present "Sherlock Holmes: The Adventure of the Speckled Band" (a new dramatization by Tal Aviezer), at the College of Mount Saint Vincent in Riverdale, NY, Oct. 4-18.

Ken Ludwig's "The Game's Afoot" is running at the McLean Community Center in McLean, VA, through Oct. 12 It also will be produced at the Boathouse Theatre in Blenheim, New Zealand, Nov. 27-Dec. 6; at the Carpenter Square Theatre in Oklahoma City, from Nov. 28 through Dec. 20.

"Sherlock Holmes" (a new dramatization by Jeff Sanders) is playing at the Northwest Children's Theater in Portland, OR, through Oct. 26.

"Holmes and Watson: A Scandal in Bohemia and The Final Problem" (dramatized by Terry McCabe) will be performed at the City Lit Theater in Chicago, Nov. 7-Dec. 14.

Another Ken Ludwig creation: "Baskerville: A Sherlock Holmes Mystery" will be playing at the Kreeger Theatre - part of the Arena Stage at the Mead Center for American Theatre in Washington, DC, from January 16 through February 22, 2015.

R. Hamilton Wright and David Pichette have created a stage adaptation of "The Hound of the Baskervilles" that will run at the Indiana Repertory Theatre in Indianapolis, IN from February 18 through March 15, 2015.

Jamie L. Robledo's "Watson: The Last Great Tale of the Legendary Sherlock Holmes will be performed at the Dorset Playhouse in Dorset, VT, Mar. 6-15, 2015.

Dennis Rosa's "Sherlock Holmes and the Curse of the Sign of the Four" will be performed at the Spokane Civic Theater in Spokane, WA, Apr. 10 to 26, 2015.

Steven Canny and John Nicholson have also adapted "The Hound of the Baskervilles," and their version will play at Theatre Philadelphia in Philadelphia, PA from May 28 through June 28, 2015.


Do you know of any additional Sherlock Holmes plays that are being staged? Let us know via email or a comment below.