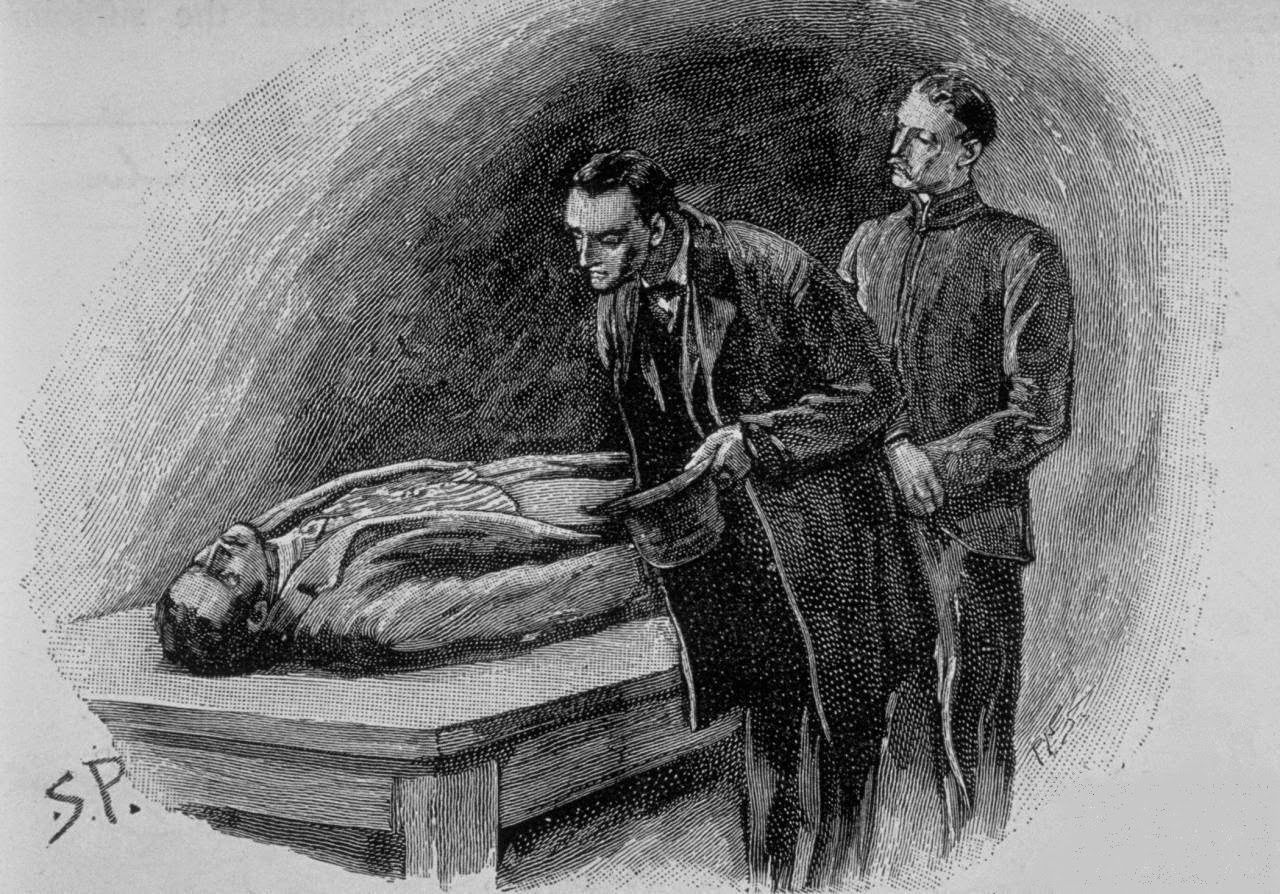 Marv was a forensic pathologist and served for several years as Chief Medical Examiner of the City of Philadelphia. He was also an active member of the Sons of the Copper Beeches and a Master Copper Beech Smith for nearly fifty years.

Marv contributed articles on forensic medicine to The Baker Street Journal and to the volumes published by the Copper Beeches. Marv was responsible for sending out the invitations and receiving payments for the semi-annual meetings of the Sons. He sat at a table near the door and handed out name tags. As such, he was the first person to greet each arriving member of the group. Marv, a jovial man with a distinctive moustache, always had a witty remark for each member and made us all feel comfortable and glad to be there. He had a dry and cynical wit, which he often employed to provide a running commentary on presentations made at the meetings. His comments were usually more entertaining than the speeches themselves.

On a personal note, I had the opportunity to spend time with Marv during my own training in pathology at the Hospital of the University of Pennsylvania, in the late 1970s. Marv was then Chief Medical Examiner and his department was located just down the street from our hospital. I often sneaked out on quiet afternoons and observed Marv and his staff performing forensic autopsies. I also was permitted to attend the "cause of death" conferences he conducted along with the police department. Marv was a perceptive and skilled pathologist, with a sharp mind that rapidly assessed the salient points of each case. I learned a lot from my time with him and appreciated the kindness he showed a very junior pathology resident. Of course, it didn't hurt that I was also a Sherlockian!

Marv was an integral part of the Philadelphia Sherlockian scene for decades. His knowledge and sense of humor will be missed by all who knew him.