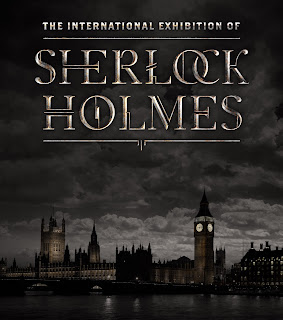 The International Exhibition of Sherlock Holmes is coming to the Oregon Museum of Science and Industry in just 125 days.

A collaborative effort between Conan Doyle Estate Ltd., Exhibits Development Group (EDG), Geoffrey M. Curley + Associates (GMCA), and OMSI, this unique and interactive experience showcases areas of forensic science that enabled Sherlock Holmes to solve crimes, as well as the historic underpinnings of author Sir Arthur Conan Doyle’s rich and vibrant stories.
In an effort to give visitors a sense of the world of Sherlock Holmes, how he used forensic science to help solve crimes, and the influence of Sir Arthur Conan Doyle's life, the exhibition will feature the following displays: 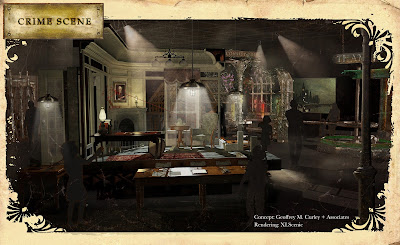 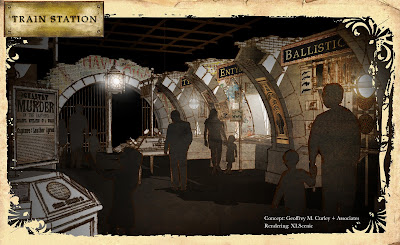 The work on the exhibit is about half completed, and we're pleased to have some images from the construction.
The International Exhibition of Sherlock Holmes at the Oregon Museum of Science &amp; Industry


The Exhibition will open on October 11, 2013 at the OSMI, before embarking on a ten city tour throughout North America and then internationally. More information available at www.sherlockholmesexhibition.com.