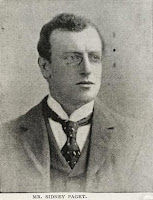 Paget's influence cannot be underestimated, as he gave Sherlock Holmes life through the visual medium. His illustrations were the first - and likely the most impressionable - images of Holmes that many readers saw, as they helped to visually tell the stories in the Strand Magazine

And now to celebrate the anniversary of the birth of this influential artist, the Toronto Public Library is holding a virtual exhibit titled Sidney Paget: Iconic Illustrator of Sherlock Holmes. The online exhibit is truly well done, as it takes the visitor through various displays and highlights Paget's career and non-Sherlockian work - work that inspired Conan Doyle to collaborate with Paget on other projects such as The Tragedy of the Korasko

In addition to his non-Sherlockian work, there is also non-Doylean work that the TPL calls out, such as other detective stories and current events in illustrated newspapers. But the images that struck us as the most interesting are those that show Paget's work on Sherlock Holmes spilling over into other illustrations. Here are two that could simply be Sherlock Holmes wearing a bad toupee: 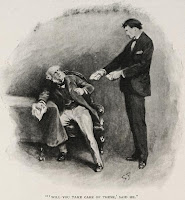 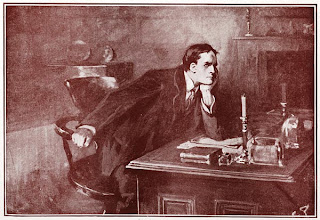 We highly recommend checking out the full exhibit. And if that captures your interest, the Toronto Public Library has a full listing of all of their virtual exhibits to date. Included therein are two that you might be particularly interested in: