Sherlock Holmes of the Movies

"many people were moving to and fro" [EMPT] 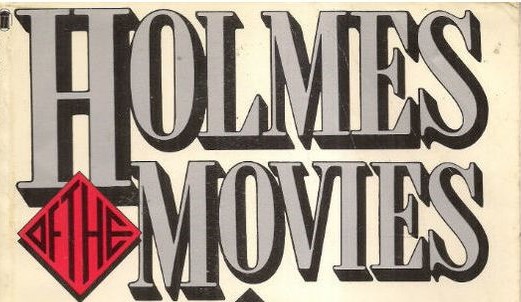 For the Sherlock Holmes enthusiast who is all about old movies and who has a broadband connection, this post will be welcome information.

According to the Trouble in Paradise blog, the Internet Archive has public domain films that are available for viewing on its site and downloadable files you can transfer to disc and watch at home for free. There are a wide variety of films available, from Charlie Chaplin films to Stan Laurel comedies, to F.W. Murnau's legendary Nosferatu. It's worth a browse.

Most importantly, there are a number of Sherlock Holmes films from which to choose as well. You even get your pick as to a leading actor. Here are the Holmes movies currently available:

[Note: quotes have been taken from the excellent book Holmes of the Movies 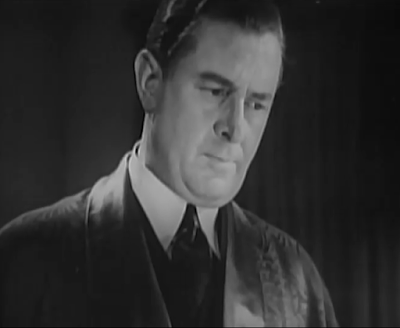 First up is Reginald Owen, appearing as a heavier and unconvincing Holmes in A Study in Scarlet (1933). Owen had just come off of his role as Dr. Watson to Clive Brook's Sherlock Holmes in the the 1932 film Sherlock Holmes. Why he was chosen for this role, I can only guess. David Stuart Davies writes "Owen seems to have been cast for the chief role because he has an English accent...". I have never appreciated his (ahem!) talent.


If He Can't Do it, Wonter Can 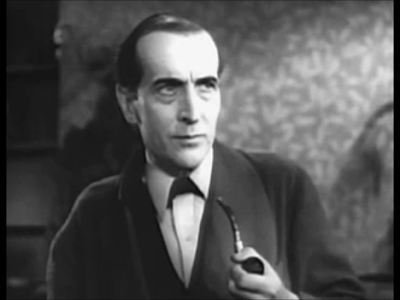 He certainly can. Davies writes "Of all the actors to peer out from under the brim of the deerstalker and exclaim 'Elementary, my dear Watson,' none has received more acclaim from film critics and Holmes purists than Arthur Wontner." Wonter bore a striking resemblance to Sherlock Holmes as portrayed by a number of artists and his approach was a calming, understated performance.

The Sign of Four (1932) was Wonter's second outing as Holmes and it followed the plot of the story of the same name. The production values were not as high as the first Wontner film, but the actor was as solid as ever. The other film available on this site is Murder at the Baskervilles (1937), originally titled Silver Blaze, as it was based on that story.


It Wouldn't Be a Film Entry without...Rathbone 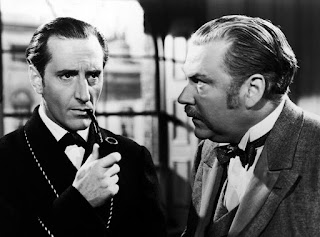 Sherlock Holmes probably did more to help and hurt the career of Basil Rathbone than any other screen actor before or after him. Inextricably linked with the great detective, Rathbone's Holmes, according to Davies, was "an alert, energetic capricious and sardonic animal. Rathbone played with great style and authority..." Rathbone inhabited the persona for 14 films alongside the Boobus Britannicus extraordaire, Nigel Bruce.

Here we have three examples of their work together, Sherlock Holmes and the Secret Weapon (1943), in which Holmes does battle with two foes: his hairdresser and Professor Moriarty. This has to be a favorite of many, as it features Holmes in three disguises throughout the film. Next up is , Terror by Night (1946), which finds Holmes and Watson and other strangers on a train. And finally is Dressed to Kill (1946), in which the Bank of England plates have gone missing and it's up to Holmes and Watson, using a music box melody, to find the thieves.


For more information on any of these films, check the IMDb (Internet Movie Database) or take a look at David Stuart Davies' seminal work Holmes of the Movies: The Screen Career of Sherlock Holmes

Oddly enough, Owen's version of A Study in Scarlet has absolutely nothing to do with the Doyle story of the same name. It would seem to have been a cheap attempt to cash in on Doyle's title.

I see your current entry on the older Holmes movies, most of which I have in an Australian DVD ten-pack of varying quality. I thought your readers might be interested in the article "Detectives in Cowboy Boots". It appears in the current edition of a free, online magazine at www.blackhorsewesterns.com. There are several paragraphs about Frank Gruber, the scriptwriter for a couple of those Universal films starring Rathbone. And if you persevere to the end, you'll find a lengthy quote from Gruber (circa the early 1940s) about the writing of mystery fiction.

A possibly interesting side trip, I feel.