“a collector of fairy tales” [HOUN] 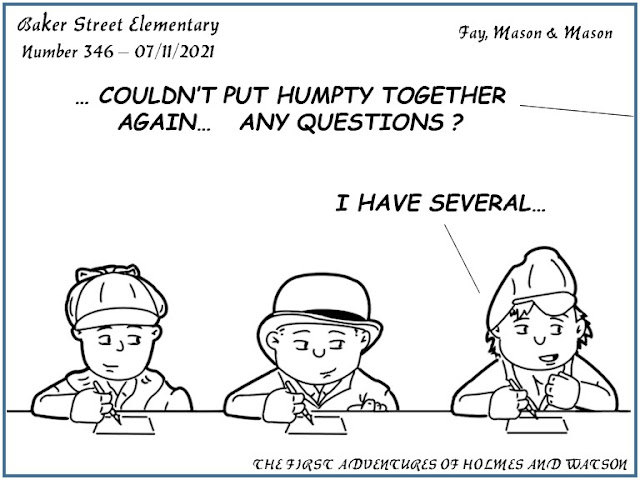 If you ask the average person (and let's face it: readers of I Hear of Sherlock Everywhere are above average people) about Humpty Dumpty, they'll inevitably conjure up an image of a giant humanoid egg, sitting on a wall.
The nursery rhyme had its origin in 1797, but doesn't make mention of an egg:

However, it was the fanciful illustrations for Lewis Carroll's Through the Looking-Glass by John Tenniel in 1872 that popularized the ovoid version of Humpty Dumpty.
There are many suppositions attached to the origin of the rhyme, including a more modern myth that it referred to a cannon.
To bring it back to Sherlock Holmes, the legendary William S. Baring-Gould, BSI ("The Gloria Scott"), author of The Annotated Sherlock Holmes, also wrote a similar tome: The Annotated Mother Goose.
It is listed as "Fascinating footnotes to the common and less common rhymes, telling of each rhyme's origin in the days when "children's" literature did not exist."
Meanwhile, at Baker Street Elementary, the study of literature goes on... 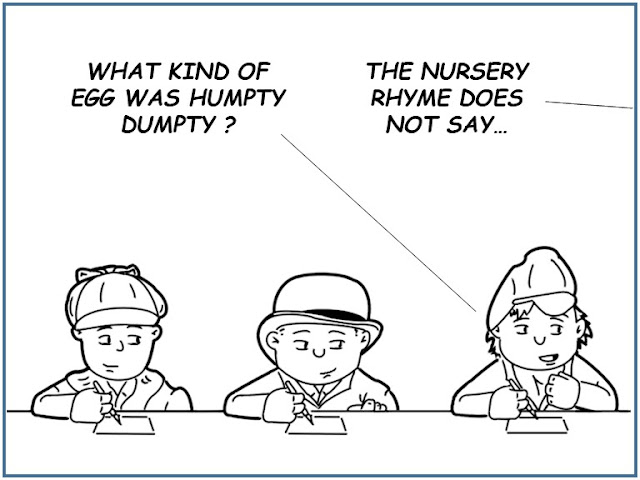 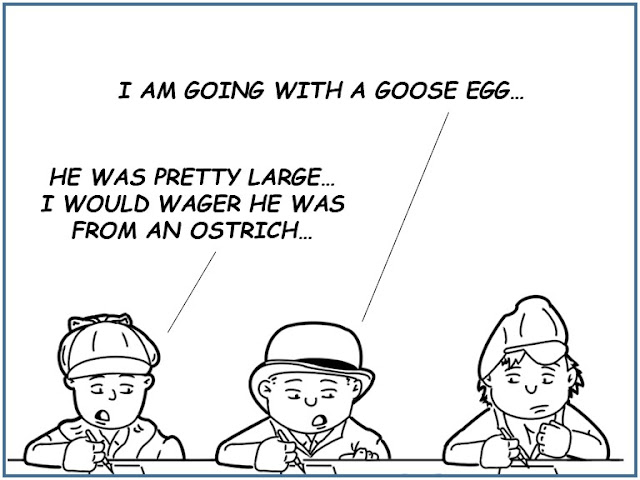 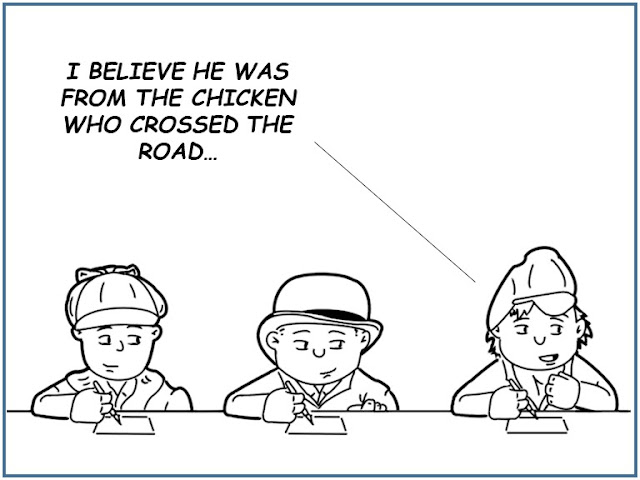 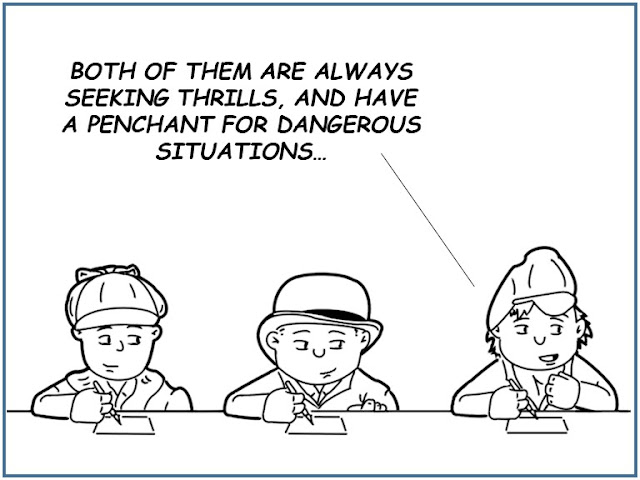 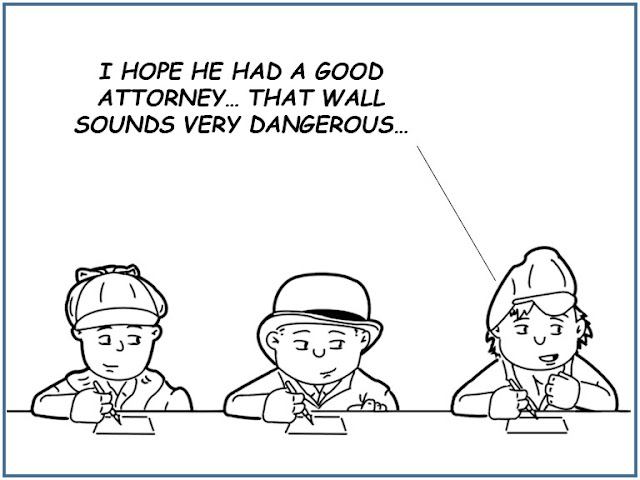 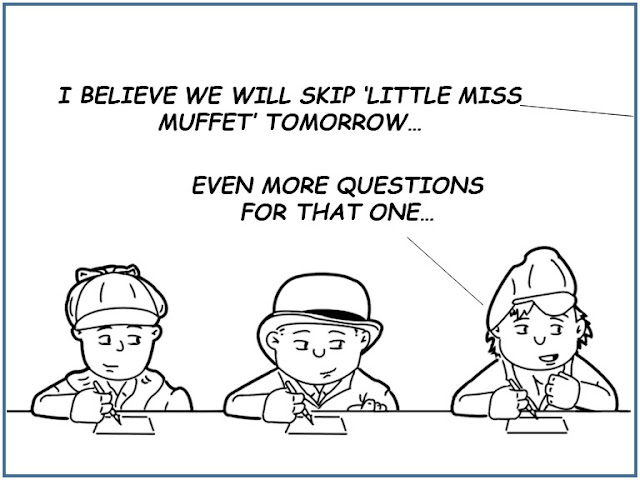