"A serious epidemic broke out" [HOUN] 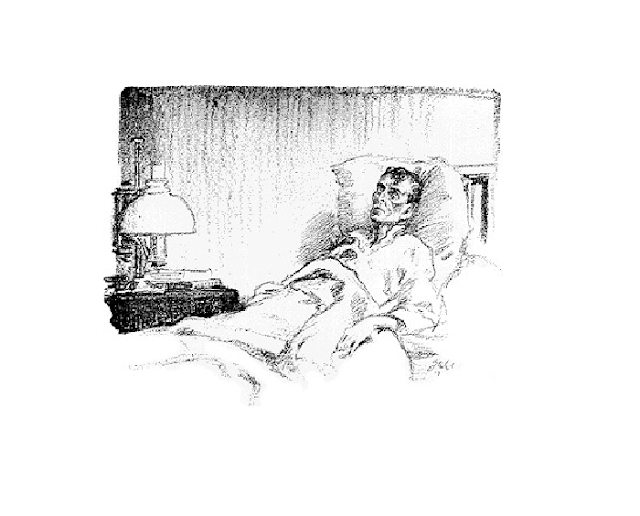 It came from the East. Within four months it had dispersed over the entire Northern Hemisphere. It was the 1889–1893 flu pandemic, known as “the Russian influenza” because it was first widely noted in St. Petersburg in late October 1889, although its origins might have been in Central Asia.

Thanks to modern rail and naval transportation the flu spread fast, hitting capitals and ports first, then diffusing out locally from there.

Quicker still was spread via modern media. While initial reports from St. Petersburg downplayed the virus’ impact, but once the numbers of sufferers grew and included members of the Imperial family and the British ambassador to the city The Times and other European newspapers started to refer to an ‘epidemic of influenza.’

Papers provided accounts of the features of the flu as it radiated across Europe. As authors Bogumiła Kempińska-Mirosławska and Agnieszka WoŸniak-Kosek in their paper “The influenza epidemic of 1889–90 in selected European cities – a picture based on the reports of two Poznań daily newspapers from the second half of the nineteenth century” put it:


"Newspapers published in many European cities (e.g., Paris – Le Temps and Le Matin, Berlin – Vossische Zeitung, and London – The Times) reported the spread of the disease in an up-to-date way and in an engaging manner. They gave detailed accounts of the symptoms and consequences of the disease, creating an image of the epidemic in the mind of the reader. Thanks to the press, the information on the spread of the disease tended to reach a given city faster than the epidemic itself. The fact that the epidemic was commented on in the daily press gave rise to a new reality, the so-called ‘media reality’. Although the aim of the commentaries was primarily informative, they influenced, whether intentionally or not, the moods and attitudes of the readers, as well as their behavior in the face of the threat. Depending on the character of the report, the newspapers could, for instance, evoke fear of the unknown."


The flu hit the Iberian Peninsula by mid-December.


"At the beginning of January 1890, King Alfonso XIII of Spain fell ill, who was at the time five years old. After a temporary improvement his health deteriorated on around 10 January. Around 12 January, the condition of the king was already bad. It was reported that ‘the condition of the young Spanish king [caused] serious concern… The doctors [said] we should be prepared for a disaster soon, especially because the whole nervous system [was] attacked and the king [was] in the state of total indolence. Nevertheless, the doctors [did] not lose hope that he [would] survive’. The king’s illness caused a certain ‘ministry’ to remain in service for the duration of the king’s recovery, despite the ministry’s resignation ‘in order to alleviate the difficulties of the queen regent, so concerned about the fate of her only son’. Eventually, the king recovered."

“[A]t the very moment when my success would have enabled me to recall her from her long servitude,” wrote Doyle in his autobiography, she succumbed to the virus in Lisbon and died on January 13, 1890. As Doyle wrote to Amy Hoare, wife of Dr. Reginald Hoare to whom Doyle was a medical assistant in the late 1870s, Doyle offered to attend his sister but his mother Mary went alone.


"I went to London & saw my mother off. She reached Lisbon 3 days before the end, but it is doubtful whether A[nnette] ever recognized her. We can hardly realise it yet—she was the prop of the family—the pick and flower of our little flock. She died just as Innes passed his preliminary. It was as if some higher power saw that she had some her work—her mission was fulfilled—and so called her away to the rest which she had earned. What nobler or more unselfish life could be imagined." — Arthur Conan Doyle: A Life in Letters (Foley, Lellenberg and Stashower, 2007)


The flu reached its deadly height in London in mid-January 1890 then rapidly declined.

However, the second wave of May – June 1891 was more gradual and more fatal. In March of that year Doyle opened his ophthalmology practice in London at 2 Upper Wimpole Street. While he would later claim his practice was devoid of patients, an 1892 article in the December 27 Sydney Morning Herald stated:


“As a matter of course, he began to write, and very soon found out the evident incompatibility between the desk and the consulting-room. He was compelled to attend to his patients in the morning, and spend most of the afternoon at the hospital, so that no time remained for his writing but a portion of the night."


This schedule with hospital duties could explain what happened next.

“I was starting off for my usual trudge one morning from our lodgings,” he wrote in Memories and Adventures,


"when icy shivers passed over me, and I only got back in time to avoid a total collapse. It was a virulent attack of influenza, at a time when influenza was in its deadly prime. Only three years before my dear sister Annette, after spending her whole life on the family needs, had died of it at Lisbon at the very moment when my success would have enabled me to recall her from her long servitude. Now it was my turn, and I very nearly followed her. I can remember no pain or extreme discomfort, and no psychic experiences, but for a week I was in great danger, and then found myself as weak as a child and as emotional, but with a mind as clear as crystal. It was then, as I surveyed my own life, that I saw how foolish I was to waste my literary earnings in keeping up an oculist's room in Wimpole Street, and I determined with a wild rush of joy to cut the painter and to trust for ever to my power of writing. I remember in my delight taking the handkerchief which lay upon the coverlet in my enfeebled hand, and tossing it up to the ceiling in my exultation. I should at last be my own master. No longer would I have to conform to professional dress or try to please any one else. I would be free to live how I liked and where I liked. It was one of the great moments of exultation of my life."

The date when the flu first struck was May 4, 1891 — the date he gave to that confrontation between Sherlock Holmes and Professor Moriarty on the path on the Reichenbach Falls — and for ten years, the date of Holmes’s presumed death.

If Doyle had been one of the 16,686 who succumbed to the flu in England and Wales of that year, it is doubtful that Sherlock Holmes or of Doyle’s then published body of work would be known to us today. Only STUD and SIGN had been published, SCAN, IDEN and REDH sent to The Strand but not yet published; Micah Clarke was well-received and sold well but has not stood the test of time.

The social effects of the 1889–1893 flu pandemic in England were widespread. It hit regardless of social rank. Male wage earners were particularly hard hit; post office staff and railway workers and businessmen and clerks, those that kept the economic wheels turning.

The Archbishop of York died suddenly of the flu on May 5, 1891 and it struck Liberal leader William Gladstone later in the month as well as over seventy Members of Parliament and House of Lords. The fear of the disease lead to social anxieties. People even committed suicide because of the flu.

In "The Great Dread: Cultural and Psychological Impacts and Responses to the ‘Russian’ Influenza in the United Kingdom, 1889–1893," Mark Honigsbaum “sees influenza and its so-called psychoses as inseparable from fin de siècle Victorian culture and then notions of neurology and mind-body.”


"The psychoses of influenza, I argue, both drew on existing cultural materials and helped mould them. As such, they are best viewed as part of a continuum of cultural and psychological responses to the Russian influenza which ranged from levity at one end of the spectrum to a dread of the life-threatening respiratory complications and the depression and psychosis that could follow such attacks at the other. As we have seen, this dread of influenza was exacerbated by social and economic pressures—in particular the pressure on male breadwinners to compete in the Victorian marketplace. However, in the case of certain susceptible individuals it could also itself become a ‘nervous’ symptom of the disease, part of the peculiar psychopathology of influenza and its debilitating mental sequelae. Hence, the dread of influenza could be exacerbated by the lethargy and feelings of malaise that frequently followed a primary attack and, in some cases, might also become confused with common ‘nervous’ responses to the disease, including depression and psychosis. A further reason for fearing the psychoses was their association with insanity at a time when madness was thought to be traceable to hereditary traits and thus carried the stigma of a degenerative ‘taint’."

One wonders if “brain fever,” common in the Canon, bears some relationship to those Victorian notions of neurology.

Sadly, influenza was not done with Doyle. Both his brother Innes and, four months later, son Kingsley would die fro the flu during the 1918 pandemic. By this time Doyle's deep faith in Spiritualism was able to sustain him during these hardships.