"all the principal members" [FINA] 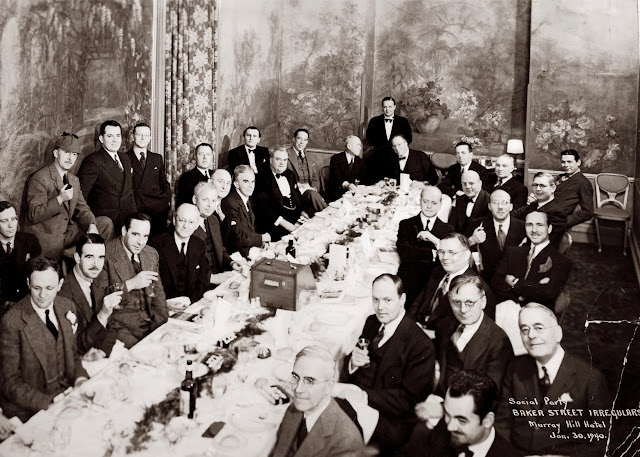 At the "Building an Archive" conference that celebrated the opening of the BSI Archive's new home, the Baker Street Irregulars Press announced a new book.

"Once upon a time, a man invited a group of his friends to join him for lunch and conversation about his favorite literary figure. Eighty-five years later, the Baker Street Irregulars continues, and the group of friends who have attended its Dinners or joined its ranks numbers in the thousands. Who was that man, and who were those friends?"

— from the back cover of the book 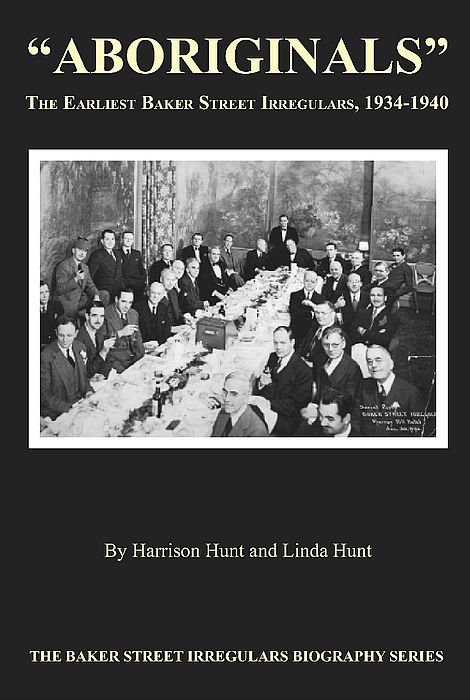 "Aboriginals": The Earliest Baker Street Irregulars, 1934-1940 by Harrison and Linda Hunt is the first book of its kind by the BSI Press: a collection of short biographies about the men and women who were associated with the BSI from its earliest days.

"Women?" we hear you asking? Yes, a number of women correctly answered the famous crossword puzzle that was something of an entrance exam to the BSI in its formative year. Women were finally recognized as members in 1991.


"This book presents capsule biographies and photographs of the earliest, “aboriginal,” Irregulars, — many of them remarkably accomplished individuals — including heretofore obscure solvers of the crossword puzzle that conferred membership to a fortunate few."

Harrison (Terry) and Linda have created sections that recognize the different levels of involvement of these individuals over time: The Stalwarts, Dinner Attendees, The Irregular Irregulars, and Crossword Puzzle Solvers.

Reading through these summaries of their lives brings a number of surprises (at least to this writer).

"...it is clear from the life-stories told here that the Irregulars and their guests have always been an eclectic bunch...Some came to the Dinner out of intense interest in the subject matter; others came solely out of friendship, while a few never attended at all. Though some may be famous, I promise you all are fascinating."
— From the Foreword by Leslie S. Klinger, General Editor, Biography Series


If you're interested in the personalities that laid the groundwork for the Sherlockian movement, this is an essential book to have. It's just $24.95 from the BSI Press. Tell them IHOSE sent you.

Related:
Our recap of the event, Episode 180: Live from the Lilly Library.