The Adventure of the Three Anthologies

"Many acquaintances, and those in the most different classes of society" [STUD] 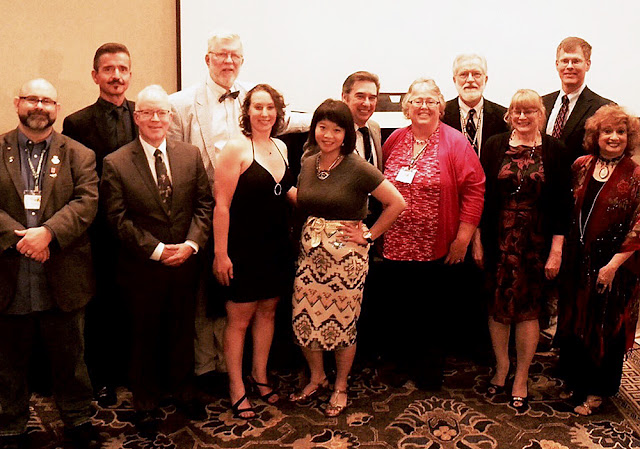 While I was working with the publisher on the final approvals for About Being a Sherlockian, recently issued by Wildside Press [See "About Being a Sherlockian - It's More Than Just the Stories" - Ed.], I was starting to sign up authors for a future book to be titled Sherlock Holmes Is Like. You'll enjoy it, I promise, when it appears, probably towards the end of 2018.

Like About Being, this book will be a collection of essays on a theme, written by a total of 60 Sherlockians. Why 60? Because that's how many stories there are in the Sherlock Holmes Canon, and all this nonsense was started with an anthology about those stories, titled just About Sixty and published in 2016 [See also "About Sixty Eliminates the Impossible" - Ed.]. So by next year there will be three anthologies with 60 authors each. Beyond that, I'm not making any promises. Or threats.

Sixty authors to a book, but not the same 60 in each, and yet not all different ones either. Now that the authors for book three are all lined up, subject to any emergencies that may arise, I've done some calculations about how many people have been involved in creating these volumes:

That works out to 60 writers whose work I edited for the first time in About Sixty, 41 who arrived for About Being a Sherlockian, and 33 showing up for the first time in Sherlock Holmes Is Like. A total of 134 authors, then, from multiple countries, generations, genders and orientations, societies, interests, reputations and platforms.

And I'm very grateful to every one of them.


Photo credit: the author. (Some of the authors of About Sixty, gathered at The Misadventures of Sherlock Holmes conference in Minneapolis, June 2016)