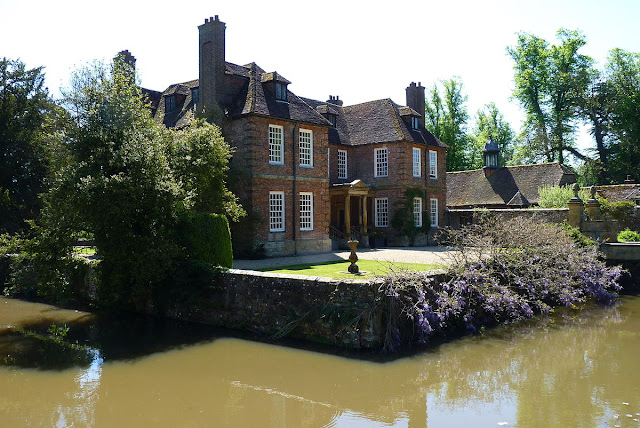 If you've ever visited Royal Tunbridge Wells in Kent, it's likely that you've heard of Groombridge Place. It's an estate that dates from 1230, with the current manor house having been built in 1662.

One of the most notable features of the house is that it's moated. If that sounds familiar, then you may recall a moated house that played a part in one of the original 60 Sherlock Holmes stories: the moated house of Birlstone in The Valley of Fear.

[Note: this should not be confused with Hurlstone, in "The Musgrave Ritual." We recognize that this may occur occasionally because the names of the manor houses rhyme, and because the filming location for the Granada version of "The Musgrave Ritual" with Jeremy Brett was at Baddesley Clinton, another 500 year-old moated house.]

However, as with many locations, homes and names used in the Canon, there has been historic speculation about exactly which stately home inspired Birlstone in the 1914 novel. And as with many things in the Sherlockian world, it has been debated as well. With this entry, we'd like to bring you into a battle of titans and show how the definitive inspiration was debunked with some fairly incontrovertible proof. 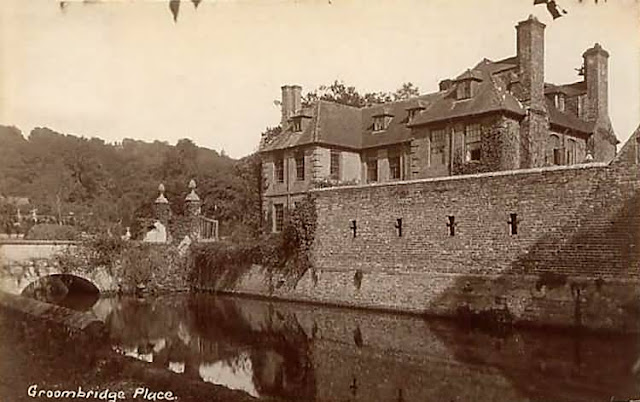 H.W. Bell, BSI ("The Valley of Fear") was one of the early and great Sherlockian scholars and Baker Street Irregulars. Bell was a Bostonian (being an inveterate member of The Speckled Band of Boston) who carried on correspondence with a number of other Sherlockians, including Dorothy Sayers and Edgar Smith. Smith was impressed with Bell's Sherlock Holmes and Dr. Watson: The Chronology of Their Adventures (1932) and he included Bell's "Three Identifications" in Profile by Gaslight in 1944. It was in this monograph that Bell determined that Birlstone Manor was based on The Moated House at Brambletye.

In 1945, the year after the BSI began issuing investitures, Bell received his — "The Valley of Fear" — specifically to recognize his scholarship in this area (and it should be noted that the four novels — STUD, SIGN, HOUN and VALL — were considered uber-investitures and were given to some of the earliest and most significant Sherlockians of the day: Vincent Starrett, Christopher Morley, Edgar Smith and Bell, respectively).

But what of the "old house" itself? Here we have the description of Birlstone Manor from The Valley of Fear:


As Montgomery wrote, "Pitifully few are the shrines made forever sacred to us by Sherlock Holmes and his faithful companion." Groombridge Place is a poignant and clear one that should be enjoyed by all.