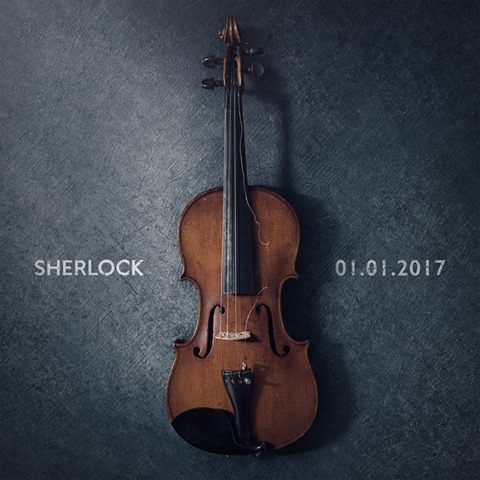 We finally have an airdate for the premiere of Series 4 of Sherlock.

Once again, the BBC in the UK and PBS in the US have coordinated efforts and the show will kick off with the first episode, "The Six Thatchers" on January 1. Clearly modeled after "The Six Napoleons," we'll have an updated version of that. Viewers in the US will see it as part of the wonderful program Masterpiece on PBS.

The following week will bring us the second episode, "The Lying Detective," with Toby Jones as the nefarious Culverton Smith. This episode follows in the footsteps of the original story "The Dying Detective," written in 1913 by Sir Arthur Conan Doyle and part of the collection of stories titled His Last Bow.

The third and final episode is untitled, but the clue that Moffat and Gatiss gave to fans earlier this year was "Sherrinford." In William S. Baring-Gould's groundbreaking biography Sherlock Holmes of Baker Street, that was supposedly the name of the oldest Holmes brother. We'll see what this brings to the modern television version of Sherlock Holmes.

Here's the trailer for Series 4, to get you in the mood:

And just in case you're in the mood for related material, PBS has another series coming on January 15: Victoria. The queen that became synonymous with an age when the British Empire was at its height wonders if she has the stature for the job as a young woman. Here's the preview.


Anglophiles, prepare yourselves for a marvelous January!