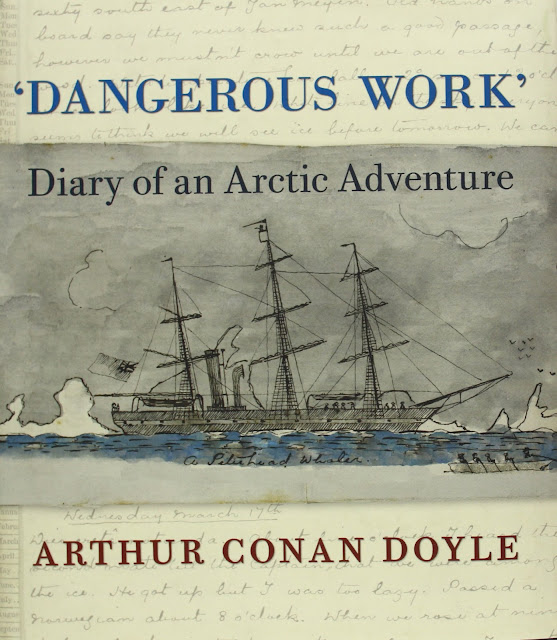 When Conan Doyle embarked on his whaling adventure at the age of 20, little could he have guessed what awaited him.

And little did the world know how profoundly his experiences would influence his later life, including the creation for which we know him most intimately - that of Sherlock Holmes.

We're joined in this episode by the editors of Dangerous Work: Diary of an Arctic Adventure, Jon Lellenberg, BSI and Daniel Stashower, BSI. Jon and Dan have been with us on previous episodes of I Hear of Sherlock Everywhere: when we discussed Arthur Conan Doyle: A Life in Letters on Episode 13, and again on Episode 37 when we covered The Narrative of John Smith, a lost Conan Doyle manuscript.

What we learn about Conan Doyle's six and a half month voyage on the Hope is absolutely fascinating - from the provenance of the manuscript itself and how Dame Jean Conan Doyle worked tirelessly to ensure this publication could be seen, to the harrowing adventures that Arthur himself saw as part of this arctic voyage and more - and what we consider the world would have been like had this journey not taken place, or worse: if events had taken a more grisly turn. 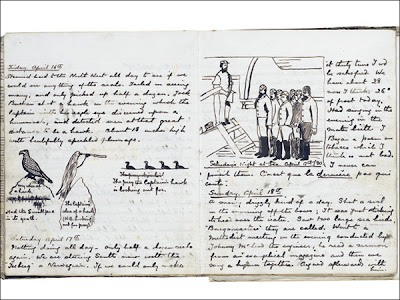 From the raw and harsh realities that required the ministrations of a third year medical student, to the unexpected swims and from the daily thoughts to the watercolor illustrations, we gain a view of Conan Doyle that truly helps the reader understand the seeds that were planted for a later career. What would his mother, (the "Ma'am") have thought of his accepting the adventure? What would his work been like absent such adventures? We speculate with the two men who have come to know Conan Doyle intimately through their previous work. 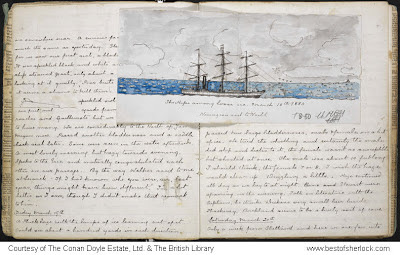 One item of note that the editors shared with us is that Dr. William Henry Neale, the surgeon on board the Eira (a ship that the Hope encountered), posed in a photograph with Conan Doyle at the time. A later photo (in 1892 and pictured below) shows Dr. Neale, who could very easily pass for Dr. Watson. 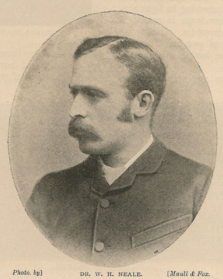 There is another item of note related to Dr. Watson that was mentioned by Conan Doyle at the conclusion of his voyage, but rather than spoil it here, we'll let you discover it yourself in the audio.

Finally, rather than the traditional Editor’s Gas-Lamp, we thought that while we had the editors with us, they could read to us from Doyle's diary. We asked Dan to read a poem that Doyle wrote in the July 26 entry, titled "Meerschaum Pipe."

We then turn to your comments on previous episodes and review your response to some of our questions/surveys on Facebook. Of course we do our housekeeping and mention all of our social network presence: on Facebook, Twitter, Tumblr and Instagram - including the Top 10 Suggestive Lines from the Sherlock Holmes Canon.

And as always, please visit our sponsors Wessex Press and The Baker Street Journal and subscribe to us on iTunes.