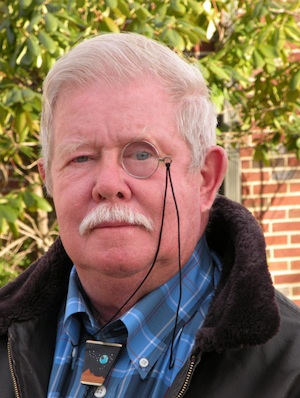 Richard H. Miller, BSI ("The Grice Patersons in the Island of Uffa") died in Santa Fe on October 21, 2012 at the age of 78. He was born in Illinois and graduated from The Citadel, The Military College of South Carolina in 1957. He resigned his commission of Army Officer after 4 years, attended The University of South Carolina School of Law, and graduated in 1966. He married Dr. Faye Bruce in 1967 and moved to New Mexico, where he joined the US Naval Reserve, retiring in 1994 with the rank of Captain. He was retired from the Naval Intelligence, the Bar of the US Supreme Court, and The University of California in Los Alamos, NM. In addition to being a prolific reader, he published a number of articles for the Officer Review of The Military Order of the World Wars (Santa Fe Chapter), of which he was a member.

Dick was one of the founding members of The Brothers Three of Moriarty. The scion had an annual trek to the village of Moriarty in New Mexico which they appropriately named "Happy-Birthday-You-Bastard-Moriarty." He was also a member and staunch supporter of the Gila Lizards of the Arid & Repulsive Desert in Santa Fe. Dick Miller was invested into The Baker Street Irregulars in 1982 as "The Grice Patersons in the Island of Uffa."

We were fortunate enough to find some other memories of Dick around the web. For example, Jon Lellenberg, in his Oct. 22, 2012  "Editor's Gas-Bag," remembers Dick:


The moment I first met Dick, May ’73, he was handing me a loaded gun, and it sort of set the tone of our long friendship. It was the annual Colonel Sebastian Moran Memorial Trap-Shoot of John Bennett Shaw’s Brothers Three of Moriarty, where Dick was one of the earliest members, and to Shaw’s disgust and Dick’s delight I beat Shaw out to win it. Dick was a graduate of The Citadel, a veteran of both the Army (nuclear artillery) and Navy (intelligence), and a lawyer at Los Alamos Laboratory for decades. In the 1980s he did his reserve-duty activations at the Pentagon and was of inestimable help to me there. A superb companion, a loyal friend, and a good soul.

Continuing in the same vein, according to Brad Keefauver of Sherlock Peoria (hat-tip to Always1895.net for finding this), Dick once "tried to blow up the college during his talk on Watson's firearms habits."


If you have any specific memories of Dick Miller, please share them with us in a comment below.
--