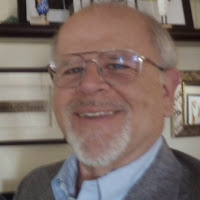 News from the southwest: Irregular Bob Stek, BSI ("The Mysterious Scientist") moved to Tucson, Arizona a few years ago and naturally took with him his love of Sherlock Holmes.

In doing so, he founded the Desert Prospectors of Arizona and has led them on a regular cadence of meetings. In Bob's own words (submitted as a tip to our site - see the mail icon to submit yours):

Still less than a year old, the DPA’s have met three times, but have already heard papers about deerstalker caps, Edith Meisner, seeing and observing, the violin in the Canon, Lillie Langtry as the model for Irene Adler, and have heard two violinists with the Tucson Symphony Orchestra play the theme to the BBC Jeremy Brett series – transcribed for two violins by ear! At our last meeting we heard from the artistic manager of the Arizona Theater Company who informed us about the world premiere of “Sherlock Holmes and the Adventure of the Suicide Club” to be presented in Tucson on September 23rd and later in Phoenix. Naturally the Prospectors will attend the opening night en masse.

Bob was kind enough to share an article from the Tucson Weekly which also incorporated this video featuring an interview with Bob and other members:


Is there a society near you that has recently done something you'd care to share? Please feel free to submit an item or sign up as a correspondent by filling out the short form on the About tab.

If you're looking for an organization near you, there are a few resources you might want to check out:


We also have a number of other links available on the Resources tab at the top of the page and an ever-growing list of Sherlock Holmes entities on Facebook which you might want to check out, not to mention the Sherlock Holmes Social Network. You're not alone in your singular pursuit; there's lots of support from like-minded individuals.

Please consider visiting our sponsors (in the right column and footer of the site) from time to time. It helps defray the costs associated with running this site.
--
7/21/2011 01:21:00 AM
blog, scions, Sherlockians